Are advice columnists the poly-awareness vanguard?

Mainstream advice columnists, the kind your parents have read in the newspaper since forever, are getting their heads around polyamory and responding well in print. 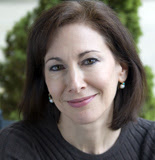 "Dear Prudence" is based online at Slate.com and is syndicated to some 200 newspapers. Two years ago Prudence (Emily Yoffe) scoffed at the idea of a poly triad, especially around kids. But so many of you wrote her to object (thank you!) that she talked about your letters in an end-of-year wrapup months later; see the Update toward the end of the link above.

And now, in responding to a very similar question, she seems to have come around:

I have sex with the couple next door. Should I tell my kids about it?

I am a widower in my mid-50s with three grown children and many grandchildren. My wife died 10 years ago, and three years ago I moved into a new house. I hit it off very quickly with my next door neighbors "Jack" and "Diane," a married couple in their late 30s with a now-7-year-old son. Our relationship soon became sexual and we are a three-member "couple." Their son, whom I love dearly, has his own bedroom at my house and calls me "Uncle."

The problem is my youngest son recently lost his job, is in terrible financial straits, and has asked if he, his wife, and two young children can move in with me! I haven't told any of my children about my unconventional relationship. My wife and I had a happy marriage, and we raised our children in a normal, loving home. Yet when I met the couple I am with, everything seemed to flow so naturally that I didn't give it a second thought until now. Turning away my son in his time of need isn't an option, but breaking off my relationship isn't an option either. Should I keep the whole thing under wraps while my son and his family are here? Jack and Diane think I should be upfront and tell my son, but then everyone would know about this. Most people wouldn't understand, and frankly it would be humiliating!

—Can't Stop This Thing I Started

Now that Big Love is off the air, I hope HBO considers the possibilities of a series called Uncle Bob, which tackles both polyamory and the burgeoning social trend of broke adult children returning home. Since you're a loving father who won't turn away his son, you lay out clearly your three options for how to proceed: put your threesome on ice; sneak around; come clean. But since you say you're unwilling to temporarily retire from your trio, that's out. And, frankly, your grown son's financial debacle shouldn't require you to put the kibosh on your romantic life, however odd. Sneaking around may seem like a possible solution, but consider how that's going to work. Announcing, "I'll be staying over the neighbors' for a few nights so that all of you can have the house to yourselves!" is only going to raise suspicions, especially since little Jack Jr. has his own bedroom at your place.

I'm afraid I agree with Jack and Diane: The best course is for you to tell your son. This means explaining that, unlikely as it may be — and no one is more surprised about this than you — you are in a relationship with the couple next door. Obviously, say you aren't going to go into the mechanics of this set-up, and you intend to protect his kids, as you are protecting the couple's child, from the details of your intimacy. (I'm giving you the benefit of the doubt that you are.) Explain that you are only revealing this aspect of your personal life because privacy is going to be at a premium, but you hope he can discreetly accept your situation. Sure, it will be a shock, but ultimately news of your personal arrangements pales in comparison with being in financial freefall.

How sly of you to choose Jack and Diane as pseudonyms for your friends. John "Cougar" Mellencamp may have sung about a similarly named pair: "Oh yeah life goes on/Long after the thrill of living is gone." But your Jack and Diane have found that a once-lonely grandfather is the way to bring back the thrill.

Meanwhile the Washington Post's relationship columnist, Carolyn Hax, had this to say last week in a live Q&A on the newspaper's website:

Do you think it is possible to have multiple satisfying, open relationships at the same time? I've noticed that much of your advice (esp. around people moving in together) is premised on a vision of relationships progressing in the direction of marriage. I find this idea problematic in my own life for various reason, and have recently thought that if I pursue relationships openly with a mind to everyone being open and thoughtful, I won't be so anxious about the One Relationship working out. I respect your take very much, and have never seen anything like this expressed in this space. Have you thought about it much?

Actually, this has come up from time to time, and my answer to it is the same as my answer to people who are looking for a life partner, or who are more comfortable with the idea of serial monogamy, or the people who just have no interest in a mate at all. As long as you are true to your words, true to your values and honest with the people in your life, and also careful not to violate any laws or exploit anyone, then you can create an ethical life of just about any configuration. Your success will depend on your ability to find cooperative partners, but that's true of every life path except complete solitude.

And from Annie's Mailbox:

“Ex-Professor Out East” said he was accepting of his wife’s platonic relationship with another man. He should learn the term “polyamory.”

My husband and I are happily married and found polyamory to be a welcome alternative. We both have loving relationships outside the marriage, with the other’s blessing. This type of lifestyle can add new dimensions to an otherwise stale relationship.

Polyamorous relationships can be platonic or sexual, but the important part is, they are not secret. The spouse knows and accepts. As long as both partners agree, we say to each his (or her) own.

And here are many of my past posts about treatment of poly in various advice columns (the list includes this post; scroll down). Bottom line: lots of them are now getting it.