A terrible, tragic case of polyamory in the news has gripped the attention of the Dallas/Fort Worth area.

On July 1st a 6-year-old girl was killed in the Fort Worth suburb of Saginaw. Alanna Gallagher's body, tied up in a plastic tarp, was found at the side of a street a mile from her home. Her parents are a poly triad: her biological father Miles McDaniel, her mother Laura Gallagher, and Laura's husband Karl Gallagher.

The three parents are not considered suspects, police say, but the police have no suspects and say they cannot rule anything out.

Flowers, ribbons and teddy bears decorate streetside memorials. The family's poly aspect only made it into the media a week after the murder although the family was, McDaniel says, out to the school and their church:

Here's the TV station's article that went with that report (a partial transcript):

The father of the Saginaw, Texas, child who was found dead last week said his polyamorous household is doing its best to hold together in wake of the girl's killing.

Miles McDaniel, the father of 6-year-old Alanna Gallagher, spoke for the first time about his daughter's death and their family.

"I want to find out who did this," he said Tuesday shortly after speaking with investigators for a few hours. "I want justice. And I hope that they can be found."

The family includes him; Gallagher's mother, Laura Gallagher; and her husband, Karl. McDaniel said he knows neither of his spouses committed the crime, saying theirs is a loving family.

"Anyone who knows the family knows that there are three parents in the family," he said. "If anyone is interested, Google polyamory."

Police have said that the family is not suspected in Gallagher's death.

"I know there's always that suspicion -- I know the odds are high that it's a family member in this sort of situation," McDaniel said. "I can say that anyone who knows our family knows better."

He said he doesn't have information on any progress in the case.

"I know they are processing all of the evidence that they found, and they're doing their best," he said.

Gallagher's body was found wrapped in a tarp in the middle of a street about a mile from her home on July 1.

"The last time I saw Alanna, she was wanting to go play with friends, and I let her," McDaniel said.

He said he second-guesses his decision to let her go "every minute," saying that, "if I had just said no, she'd still be here."

Here's the article page. See the Related Stories there for much more on the case earlier. Police have asked the public to help them find a red pickup truck with a green paint splash on the back passenger side. They are also asking about two dark SUVs seen in the area.

Police searched the family's home; they took computers and more than 100 other items and samples. Saginaw Police Chief Robert Macon said, "As with any criminal investigation, each of the people closest to the victim is being considered, and their actions investigated.

"It was as much the goal of the search team to retrieve items to exclude the parents as suspects as ... it was to collect items we would consider evidentiary in value. This, of course, would require taking samples from their residence."

Also, he said, "The Gallagher/McDaniel family considers Miles as a parent, and we are being considerate of their lifestyle; it's not our place to offer judgment on them."

And, "There’s nothing to indicate that there was mistreatment in the home of these children." Alanna lived with two of her siblings.

Karl earlier posted to Facebook: "The State Guard, our church (Calvary Lutheran), and our neighbors are taking good care of us with food and such. The Saginaw Police, FBI, and many other investigators have been very professional and dedicated. The news media have been polite and respectful of our privacy. The sympathy and support from the community far and near has been amazing."

Here's a Google News search for the most recent coverage and developments. Here's one that includes the terms polyamory or polyamorous.

I'm slightly surprised that there has been so little sensationalism over the family's poly structure, especially since there's no suspect yet and details of the police seizure of computers and other things from the home were heavily reported. Without exception as far as I've seen, area media have explained polyamorous families factually and well. For instance. In Texas no less.

Readers, maybe we're seeing the effect of your years of efforts to explain and model poly families to the world. A decade or two ago I don't think the family would have been treated quite like this. 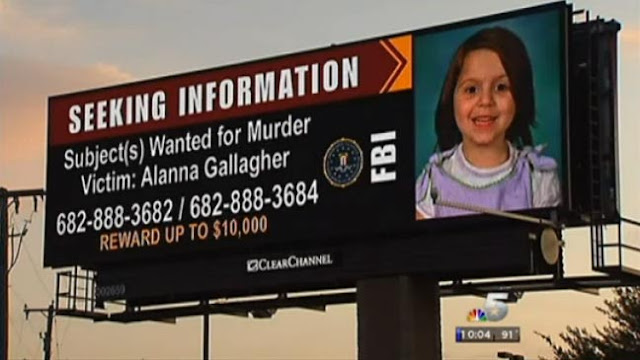 UPDATE July 23: The murder seems solved. Based on DNA and other evidence, police came to arrest a 17-year-old neighbor for the crime. He brought a gun to the door, shot one of the policemen in a struggle, and was shot and critically wounded. See post.

That's just terrible... that poor girl. And her family too - my heart goes out to them. I'm glad to hear their community has rallied around them, but I don't imagine anything could really provide much comfort in those circumstances. I hope they get some answers soon so that at least they won't be left wondering.

That's an astute observation at the end of this post, Alan. As Dan Savage and others have noted, outness is a key tool for changing hearts, minds, and social norms to allow for more inclusive and fair treatment of nonstandard sexual, relational, and gender identities. Which is why it's so valuable and important for more poly/open people to be as out as they safely can be.

Yeah, being out (or at least more out) does mean you'll probably encounter more stigma, prejudice, and discomfort. And if you have a really solid reason to expect that you'd face dire risks by being more out as poly/open (like if you work for a church, or if you're in a contentious child custody situation), you probably shouldn't do it.

But whenever I nudge more poly/open people to be more out than they currently are -- or at least to consider their risk situation more clearly, not just reflexively assume their world would crumble around them -- I get a lot of pushback. I understand that. I understand that facing stigma and potential ostracism and loss sucks.

But then I see this coverage, and how a police department in TEXAS went out of its way to specifically note that they're not stigmatizing this poly family, that polyamory is not a factor in the investigation, that this is just another family -- and I think, Hell yeah. Texas cops.

THIS is why it matters to be as out as you safely can be. And if you really can't be out, you can still work or advocate to change issues (like state at-will employment laws or family/housing law) that affect the risks you face for outness, and thus help make the world a safer and more tolerant place.

So horrible. :( My heart goes out to her family.

I just heard more bad news on this and looked up confirmation - http://www.khou.com/news/texas-news/saginaw-girl-murdered-house-fires-985412.html
It sounds like the family is getting harassed and attacked. :(

There is new horror for this family.
http://www.nbcdfw.com/news/local/Murdered-Girls-Family-Car-Set-on-Fire-Overnight-216166681.html

http://m.nbcdfw.com/nbcdfw/db_276865/contentdetail.htm?contentguid=iIBiKB0R The family's car and the memorial for the child was set on fire.

The latest news is terrible. However, I was impressed that in this report, they reference mom and "her partners" without sensationalizing or labeling. In the video, they flash up a pic of the 3 parents when they say "her partners."