Beyond Polyamory: Where is the line between optimism and denial? 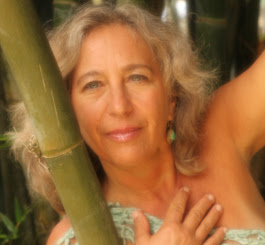 Deborah Anapol, one of our movement's earliest spokespeople, posts another retrospective article and describes some of where she's at now.

Where is the line between optimism and denial?

When I first began consciously thinking about non-monogamy in the early 80's, I thought of my direction as going beyond the limitations of monogamy. I was not alone. An earlier generation of pioneers, inspired by Robert Rimmer and Robert Heinlein, had been producing articles, books, and newsletters entitled "Beyond Monogamy" since the early 70's [sic]. One of my first moves was to adopt the term responsible non-monogamy, to differentiate my area of interest from what I regarded as the less noble variations on monogamy. I think all of us on the scene in the mid 90's heaved a big sigh of relief when the word polyamory caught on and we could liberate ourselves at last from the shadow of monogamy.

Flash forward another decade. After nearly twenty years of slogging around polyamory land, and watching wave after wave of new explorers stumble through the same jungles I have made my way across, I begin to wonder, what's next? While the freedom to explore polyamory is crucial to both spiritual and cultural evolution, I believe it's a mistake to view polyamory, however you chose to define it, as the destination....

...Certainly there are no ponies without pony poop. Polyamory can bring you face-to-face with exactly what you don't want to see. It takes enormous optimism to continue believing there's a pony around somewhere when you're inundated with horse manure. Where is the line between optimism and denial? The truth may be that there is no pony. Or that you really wanted a puppy. The truth may be that we have not escaped monogamy's shadow after all....

Most people that I see experimenting with polyamory these days have glimpsed another way of loving and living with more freedom and more love. But they want to take their familiar, comfortable, secure, stable beliefs and behaviors with them into this new world. It doesn't work. You can't mix paradigms. Or rather, you can, but you will end up with the old....