"Sister Wives" lawsuit, relevant to us, looks likely to proceed 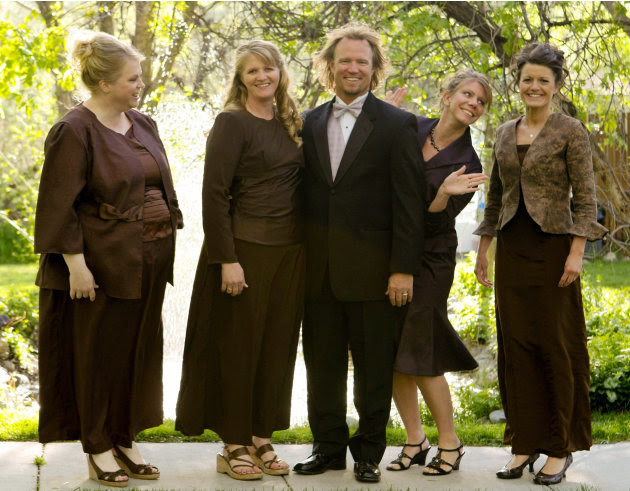 Following a hearing on Wednesday, it seems likely that the "Sister Wives" federal lawsuit to overturn Utah's very broad bigamy statute, and by extension similar ones nationwide, will go forward. If so it may set a precedent for polyfamilies for either good or ill.

First the backstory. This is from an AP news article on Wednesday:

SALT LAKE CITY (AP) — Kody Brown and his four wives want what any family wants, to live in the privacy of their own home free from government intrusion, and out from under the threat of criminal prosecution for — as they see it — just loving each other.

The polygamous family, stars of the TLC show "Sister Wives," has sued Utah and the county they fled from, hoping to persuade a federal judge to overturn the state's bigamy law as unconstitutional.

The case could potentially decriminalize a way of life for tens of thousands of self-described Mormon fundamentalists, most of whom live in Utah where bigamy is a third-degree felony punishable by up to five years in prison.

The state, meanwhile, has publicly said it won't prosecute consenting adult polygamists unless there are other crimes involved, but insists the law doesn't overreach....

A hearing was set for Wednesday on a motion to dismiss the case after prosecutors in Utah County, where the family had been living until last year, announced no criminal charges would be filed against the Browns under the state's bigamy statute....

The move came after [Utah Attorney General Mark] Shurtleff assured the Browns they wouldn't be prosecuted by the state under his policy that consenting adult polygamists won't be charged as long as they're not committing other crimes.

[Utah County Attorney Jeff] Buhman is seeking to have the lawsuit dismissed outright. He claims the Browns have no standing since they are no longer subject to prosecution.

Brown and his wives — Meri, Janelle, Christine and Robyn — remain victims and continue to live under the stigma of being considered felons, Turley said, noting they fled to Nevada last year....

While all states outlaw bigamy, some like Utah have laws that not only prohibit citizens from having more than one marriage license, but also make it illegal to even purport to be married to multiple partners. Utah's bigamy statute even bans unmarried adults from living together and having a sexual relationship....

That's the background. At Wednesday's hearing, the judge seemed inclined to let the Browns' lawsuit proceed:

SALT LAKE CITY — A federal judge appeared reluctant to toss a lawsuit filed against Utah by a reality TV polygamist and his four wives.

...The state argued the Brown’s lawsuit is “moot,” because the polygamous family is no longer under threat of prosecution.

“Why shouldn’t the court believe this is a ruse to avoid having the issue reviewed?” he asked lawyers for the state.

In fiery arguments with the judge, the state argued that both Utah County Attorney Jeff Buhman and Utah Attorney General Mark Shurtleff have adopted policies that do not prosecute polygamy alone. Waddoups was combative, suggesting the state was trying to avoid having an “issue of importance” reviewed.

“Utah County does not want to prosecute the practice of polygamy,” assistant Utah Attorney General Jerrold Jensen told the judge.

“But it reserves the right to do so,” Waddoups shot back.

Jonathan Turley, a lawyer for the Brown family, told the judge that another prosecutor could decide to go after the polygamists.

“This law dangles like a Damocles sword over this family’s heads, by a very thin thread,” he said. “That thread is prosecutorial discretion.”

In taking the case under advisement, Waddoups told lawyers it was “an important issue to many people.”...

A decision on the “Sister Wives lawsuit” is not expected for several weeks....

Here is the motion to dismiss. In Turley's blog post Wednesday about the case, he includes a link to his response memo.

Thanks to Vrimj of the Polyamory Leadership Network for bird-dogging this case all along. Polygamy aside, the case is directly relevant to the legality of polyfamilies living together in some states. I attended her presentation about it at Atlanta Poly Weekend last March. Here's the summary I put up at the time:

...Vrimj, polyactivist and legal eagle, gave a rundown of the Kody Brown polygamy case in Utah — which promises, or threatens, to have a direct effect on us.... Legally speaking, the Brown family (originalist Mormons) are identical to a secular poly household. They assert only one legal marriage within the group; the other wives don't claim to be more than Kody's single girlfriends under the law. But they're illegal anyway by living together and also by "purporting to be married" spiritually [in the eyes of God according to their sect of Mormonism].

For better or worse, said Vrimj, "this case is the most exciting thing that's happened on a polyamory legal front in the U.S. in quite a long time." Living with partners and/or informally calling them spouses (spice) will either be legalized in the states that now outlaw it, or will be affirmed as criminal. "Either way it's going to affect us."

I, for one, do not understand how the anti-polygamy laws which were targeted at the LDS faith can stand, in light of Employment Division v. Smith, as discussed in Church of Lukumi Babalu Aye v. City of Hialeah, considering that the Edmunds-Tucker Act of 1887, and those which followed it, were quite obviously neither neutral nor generally applicable.

I am watching this carefully after the dud that was Canada.

I'm frankly confused. Wouldn't this family, under the law, basically be one married couple, plus three women additionally living under the house. Is Utah saying just having them there (even though the state doesn't recognize a relationship) the only illegal? Which would be the same as any other case of polyamory or a same-sex couple living in a state with no same-sex marriage?

And since the Supreme Court basically said in 2003's Lawrence vs Texas, that whatever people do in the privacy of their bedroom cannot be illegal, then this whole thing would be pointless right? Cuz that case basically allows anyone to cohabitate. Has nothing to do with legal marriage, which these folks never expected to have anyways.

> Is Utah saying just having them there
> (even though the state doesn't
> recognize a relationship) is the only
> illegal?

As I understand it (and I Am Not a Lawyer), there are two illegals. That is one of them. Mere cohabitation with a married person constitutes bigamy in Utah and some other states.

The other alleged illegal is that they "purport to be married" even informally in a way that is not recognized by the state -- even if they don't purport that the extra "marriages" are legal, or claim them on government paperwork etc. They're challenging this one on free-speech grounds.

> since the Supreme Court basically
> said in 2003's Lawrence vs Texas
> that whatever people do in the
> privacy of their bedroom cannot
> be illegal,...

That's why constitional-law expert Jonathan Turley in Washington took up their case, and why they may be the first Mormon polygamists who stand a real chance of winning in court.