News comes that a founding mother of the modern polyamory movement, Deborah Taj Anapol, unexpectedly died in her sleep last night in England. She was staying with friends about to host a workshop retreat where she was a presenter.

Robert and Marta of the U.K. Pelvic Heart Integration group post this:

Dear friends, I have some very sad news to share with you. After two wonderful days staying with us in our old Devon house, Taj died suddenly in her bed last night. It was totally unexpected – she went to bed well and happy, and looking forward to her work and travels. Taj spent her last day with us walking and meditating in what she felt was one of the very oldest of the Dartmoor stone circles, having lunch in a lovely café in Totnes, and a candlelit dinner in our dinner in our farmhouse kitchen. She was very happy feasting on local lamb and home grown vegetables while we all chattered about the workshop to come, and how Marta and I would be running it.

It was an extraordinary evening. Before she went to bed, Taj wanted to show us a short film about ecstatic death. We watched this together in front of the wood fire, and afterwards she spoke a little more about death, and the possibility of letting go into it. “If you live your life orgasmicly, your death will also be orgasmic,” is what she said. She went off to bed later with a warm hug. In the morning, we found that she must have died shortly after she went to bed. In the light of the extraordinary quality of this last day, the joy she took in it, and the things she spoke of as the day ended, I cannot but feel that Taj at some level knew and embraced the point she had arrived at, even so wonderfully in love with life as she was.

She leaves a legacy of liberation in Tantra, Pelvic Heart Integration, polyamory, juicy cronedom, and conscious death. She was a good friend, and we will miss her. .... Travel well, Taj. We hold you forever in our hearts.

Taj is often credited with setting the modern polyamory movement in motion, along with her fellow wonder woman Ryam Nearing, by their vigorous activism in the 1980s and 1990s. This included the founding of Loving More magazine, the movement's central nexus before the internet (now a polyamory-education nonprofit and organizer of the annual Poly Living conferences). The movement's deep feminism today, in both its ideology and its predominantly female leadership, is partly a founder effect stemming from these two. Anapol's book Love Without Limits, published in 1992 (expanded and reissued in 1997 as Polyamory: The New Love Without Limits), was practically the first book on polyamory and was often called its bible.

In her later years she shifted focus to neo-tantra and to training practitioners of Pelvic Heart Integration. In 2010 she published Polyamory in the 21st Century, a more analytical, retrospective work.

Last month she presented at the Network for a New Culture's Summer Camp East, at the Abrams Creek Retreat Center in West Virginia, where I got to participate in a Pelvic Heart Integration workshop. She was the picture of health and energy.

● Loving More's obituary for her: The Passing of a Polyamory Trailblazer, by Robyn Trask.

● Saying Goodbye to the Woman Who Inspired Me to Become a Sexual Healer: RIP Deborah Taj Anapol Ph.D., by Kamala Devi.

● Her Psychology Today blog covers many of her ideas about poly in recent years: Love Without Limits. See in particular What Ever Happened to the Sexual Revolution? Core quote: "Will we ever integrate sex, love, spiritual awakening and ecological awareness?... My take is that the Sexual Revolution has gone awry but its downfall stems from a lack of moral, ethical, and ecological grounding, and also from not going far enough to alter our way of life."

● Dr. Anya Trahan's interview with her earlier this year. Excerpt:

Deborah: My views on polyamory itself really have not changed much at all since [her first book in 1992]. What has changed is that I no longer see polyamory as a way to radically change the culture or as a radical solution to the many problems of modern life. Instead it seems that what’s happening is that polyamory is being used to prop up the status quo.

Anya: In what ways do you see poly being used to prop up the status quo of social relations?

Deborah: Atlantic Magazine has joined the ranks of mainstream publications running favorable articles about polyamory.... Over the last 30 years I’ve witnessed a huge change in how the print media relate to polyamory. It’s gone from an unofficial blackout to advocacy. I’d like to think that it’s just that the mainstream has seen the light and is getting more tolerant of diversity, but I don’t see similar articles about how fabulous it is to be gay, for example.

Judging by the kinds of questions coming from journalists who’ve interviewed me, social policy experts have realized that the nuclear family is an endangered species, just as I predicted in the 80’s. So the question becomes, how can we keep couples together so that we don’t have to shift our whole concept of relationship? How can we lower the divorce rate? Without families, there is a greater burden on government funded social services. Since we prefer to spend our tax dollars on the military and bailing out financial institutions, something needs to be done to save the family and preserve the kind of thinking and behavior that says, “These people are my family and I will share my resources with them and take care of them.” That’s all well and good but I’d like to see this attitude extending to all life – all people, animals, plants, oceans – our whole global social and environmental ecological web. 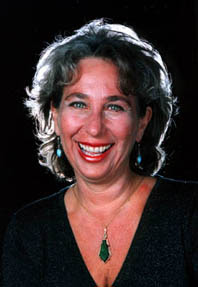 Many people have asked about our plans for a memorial service. We are currently planning a very small, private memorial for our family in the Bay Area, but we will not be planning a larger memorial service for the community at this time. We are grateful for all the wonderful people who were in Deborah's life, and encourage everyone to plan whatever types of events they would like to honor her in their own communities.

Saddened and shocked, and thank you Marta for sharing Taj's last day and evening in this life. Taj's work was pivotal for me and her gracious examination of my PhD thesis over fifteen years ago was the beginning of regular connexion. Only three weeks ago we were emailing about her possible visit to Australia next year...

.... Bon Voyage, Taj! .....so happy to have been a student and friend.....wishing Taj only blissful expansion which is what I know she intended the night she went happily to her bed.....I know this existence and body is just a vehicle to the next.....gratitude and love always! Thanks for being a part of my transformation! Cathy

For over 40 years my friend. So proud of your bravery and open way you share your truth. Glad someone else updated the wiki bio I wrote, to note your passing, so I didn't have to. See you on the Other Side.
Melanie

So glad I got to meet her and get council from her on numerous occasions. Her work was inspirational to me and can be credited for part of the impetus for me to start SexPositive World, which now has twelve locations in five countries. I will not let her memory fade!

It should also be noted that Taj cared deeply for the eco-sexuality movement and contributed to that greatly.

Sad news. She will be missed by many. xx

Three things have happened and I am just now coming out from the avalanche. First hearing of Deborah's passing, followed by the fires at Harbin Hot Springs, and then the senseless shooting and death of Steve Carter, a Tantra teacher and Harbin resident. What is it all about? I am looking for connectivity of these events and would like to hear from others who can see some order to this chaos.

My condolences to the family, I so enjoyed her work. My name is Dr.Carole Hysmith and I would like to get your permission to use Dr. Anapol's words in Love Without Limits, she states,
"Love is bigger than you are. You can invite love, but you cannot dictate how, when, where love expresses itself. You can choose to surrender to love, or not, but in the end love strikes like lightening, unpredictable and irrefutable. You can even find yourself loving people you don't like at all. Love does not come with conditions, stipulations, addendums, or codes. Like the sun, love radiates independently of our fears and desires. You cannot make someone love you, nor can you prevent it, for any amount of money. Love cannot be imprisoned nor can it be legislated. Love is not substance, not a commodity, nor even a marketable power source. Love has no territory, no borders, no quantifiable mass or energy output.
Thank you in advance for your assistance with this matter. I can be reached at Dr.Carole@hysmithgroup.com or call 770-490-5941.

A person can certainly quote one paragraph from a book under the Fair Use doctrine of copyright law. Just be sure to attribute it.

Deborah's founding of Polyamory ensured that we less comely can still enjoy orgasmic delights. I know I'll miss her.

Interesting to use the word "founded" we embraced and promoted and attempt to live the dream. There needed to alternatives. Glad you have found organic delights.

Thank you for this intimate and touching account of Taj's last day.