New research: Yep, lots of people are open, and more are getting interested 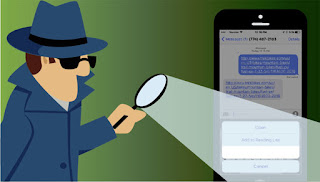 How many Americans practice consensual nonmonogamy?

And how does interest in polyamory compare to other kinds of "CNM," as sociologists are calling it?

Short answers from new research: About 20% have had agreed-to open relationships at some time in their lives. And for the last six years, interest in polyamory specifically has been rising all across the general public.

"Consensual nonmonogamy" is a broad category. It includes not just polyamory but open relationships of other types, swinging, hall passes, and don't-ask-don't-tells. The difference is that those models do not carry polyamory's underlying ethos that among a network of lovers, "we're all in this together." This can just mean mutual respect for everyone's well-being, or perhaps friendships developing among metamours, or all the way up to group families and intimate community.

Amy C. Moors at the University of Michigan looked for how public interest in different types of CNM has changed over the last 10 years. She published her findings in the Journal of Sex Research: Has the American Public’s Interest in Information Related to Relationships Beyond “The Couple” Increased Over Time? (online May 13, 2016). The full paper is behind a paywall (get access through a library), but this is from the abstract:

...Although people engage in romance in a variety of ways, alternatives to “the couple” are largely overlooked in relationship research. Scholars and the media have recently argued that the rules of romance are changing, suggesting that interest in consensual departures from monogamy may become popular as people navigate their long-term coupling. This study utilizes Google Trends to assess Americans’ interest in seeking out information related to consensual nonmonogamous relationships across a 10-year period (2006–2015). Using anonymous Web queries from hundreds of thousands of Google search engine users, results show that searches for words related to polyamory and open relationships (but not swinging) have significantly increased over time.... Future research avenues for incorporating consensual nonmonogamous relationships into relationship science are discussed.

Those two big spikes that started in summer 2012 and late summer 2013 line up with the two seasons of Showtime's weekly docu-reality series Polyamory: Married & Dating. TV is clearly powerful, even a non-broadcast premium channel.

The smaller spike starting in August 2009 matches the widespread attention to Newsweek's online article that called poly "America's next romantic revolution." It felt at the time like a tipping point and still does.

The bump in the summer of 2015 coincides with the Supreme Court's Obergefell decision legalizing gay marriage, which prompted a lot of speculation about whether group marriage would be next.

Moors' full paper has had only 45 reads in the more than two months it's been out. But one of them was by a writer at the big, hip online magazine Fusion, who wrote a story that's been spreading around: What Google searches reveal about the rise of ‘open relationships’ (July 7):

...According to new research, more and more Americans are actively Googling information about alternatives to monogamy—and 1 in 5 Americans say they’ve engaged in consensual non-monogamous relationships IRL.

These revelations come courtesy of Amy Moors, a researcher at the National Center for Institutional Diversity at the University of Michigan. Moors recently conducted a study published in the Journal of Sex Research that looked into the prevalence of Google searches involving non-monogamous relationships. Her goal was to see if searches for terms like “polyamory” and “open relationships” were increasing over time, which, of course, might indicate a growing interest....

Moors analyzed 10 years of Google trends data from January 2006 to December 2015 using sets of the keywords related to polyamory, open relationships, open marriages, and swingers. In order to make sure she was looking at searches in which users had genuine interest in the topic, she also created “negative” search words to exclude certain results. For example, Moors found that a term like “open marriage” yielded a lot of results about Newt Gingrich, who famously had an affair outside his marriage. Searching celebrity gossip doesn’t really count as being interested in exploring the lifestyle, so she excluded all things Newt related (LOLz). Likewise, “open relationship” keywords also produced a plethora of Will and Jada-Pinkett Smith results—go figure!—so they were also used as exclusionary items.

...Moors found that Google searches for terms related to polyamory and open relationships indeed rose... from 2006 to 2015. Interestingly, however, searches for “swingers”-related keywords fell over time. Moors hypothesizes that this is likely due to the fact that the term itself has become outdated....

“Although the present study cannot shed light on why people are searching for more information related to polyamory and open relationships, these results do show that there is increased visibility of these types of consensual non-monogamy and likewise an interest to learn more about them,” explains Moors in the paper.

Moors' other recent paper is Prevalence of Experiences With Consensual Nonmonogamous Relationships: Findings From Two National Samples of Single Americans (Journal of Sex Therapy, online April 20, 2016). From the abstract:

...More than one in five (21.9% in Study 1; 21.2% in Study 2) participants report engaging in CNM at some point in their lifetime. This proportion remained constant across age, education level, income, religion, region, political affiliation, and race, but varied with gender and sexual orientation. Specifically, men (compared to women) and people who identify as gay, lesbian, or bisexual (compared to those who identify as heterosexual) were more likely to report previous engagement in CNM. These findings suggest that a sizable and diverse proportion of U.S. adults have experienced CNM, highlighting the need to incorporate CNM into theoretical and empirical therapy and family science work.

Moors and her colleagues analyzed data collected in 2013 and 2014 by the Singles In America study, sponsored by Match.com. (Participants in the SIA study are not culled from Match.com—they are drawn from a nationally representative sample established by the firm Research Now.) In total, researchers looked at data on 8,718 participants in two different studies. The first consisted of 4,813 participants who were over the age of 21 and legally single, which means they could have been single, dating, or cohabiting but were not legally married to anyone. The second looked at an additional 3,905 participants who were over 18 and were functionally single at the time of the survey, meaning they were not seeing or dating anyone.

As part of the survey, all participants were asked if they “had ever had an open sexual relationship.” In the questionnaire, this was defined as “an agreed upon, sexually non-exclusive relationship.”

On the face of it, this result should apply to all adults, not just singles, because every married person was once single too. In fact, marrieds have had more time on average to add to their experiences.

Overall, men and folks identifying as gay, lesbian, or bisexual were more likely to report engaging in an open relationship; the least likely group was straight women. However, the authors urge caution about making assumptions about what “type” of person enters into a consensually non-monogamous relationships: The differences between the rates were slight, and according to the data, the rise is happening across the board.

“Despite previous speculation that people in consensual non-monogamous relationships tend to be homogeneous in terms of education, socioeconomic status and ethnicity, this proportion remained roughly constant across age, education level, income status, religion, region, political affiliation and race,” explain the researchers. It’s not just one group that’s spearheading the move toward open relationships—it’s all groups.

The biggest takeaway of all? We may just be headed toward another sexual revolution. But rather than thinking of it as a zero-sum game in which the birth of polyamory means the death of monogamy, Moors suggests we think of these shifts as making as room for everyone....