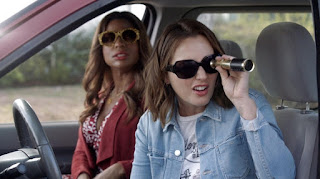 ● Poly invades even network TV shows.  On ABC's comedy series Single Parents this week, a triad involving key characters explained themselves. (This was in Season 2, Episode 12, "Welcome to Hilltop!",  aired January 15.) From a transcript:

Poppy: [Sighs] I have a question. Sorry to sound like the old Millennial, but how does this work? Anybody ever feel left out or...?

Homily: We have a three-pronged approach for working through the sticky stuff — radical honesty, active listening, and open communication. And it just works.

Angie: Well, now I want to be in a throuple! How did you guys meet?

Each episode becomes viewable for free a week after it airs, in this case January 23.

Polyamory is the emergent radical sexual revolutionary idea that is popping up on everything from cable shows to police dramas. We can now add "network television comedy" to the growing list of Hollywood junk pushing this idea.

● Meanwhile over at CBS, the police/crime show S.W.A.T is now in its third season. Jessica M. writes us,

Unfortunately the relationship doesn't seem to last, as Chris moves out when it becomes clear to her that she has more intense feelings for Kira than Ty, but the whole situation is handled in a pretty realistic manner, in my opinion.

● More doings on TV.  The Canadian Polyamory Advocacy Association and Polyamour Montréal have issued press releases objecting to a falsehood on Télé-Québec:

In episode 24 of "Zone Franche," a TV show on Télé-Québec, Canadian lawyer and television personality Anne-France Goldwater stated that polyamorous relationships are the equivalent of bigamy and polygamy, and therefore were criminal acts in terms of the law. The episode was broadcast on January 6, 2020.

Goldwater’s comments are not true, of course, because on November 23, 2011, British Columbia’s Supreme Court ruled that Section 293 of the Criminal Code of Canada [against polygamy] does not apply to unformalized polyamorous relationships. ...


● The British tabloids keep piling on with the happy polyfamily profiles. I've got 27 new ones burdening the queue for the next data dump of these, which may never happen at this rate, but I'll inflict only one on you now: this week's Mother reveals her family now 'feels complete' after she and her husband became a throuple with another woman after 15 years of marriage, from the state of Washington and published in the Daily Mail (Jan. 14, 2020). With lotsa pix. It's typical of the genre. 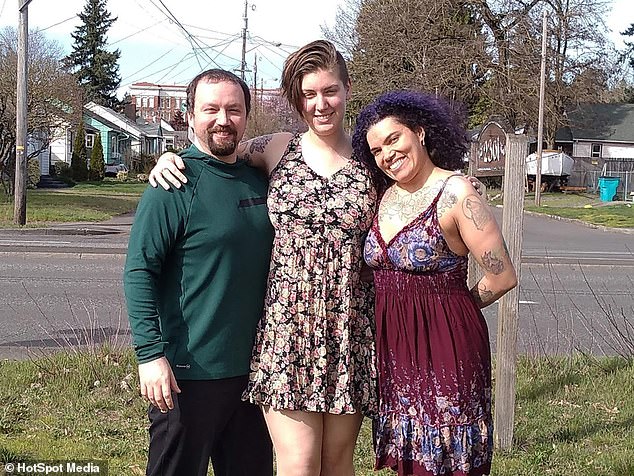 Ava Miller, from Washington State, has been in the unconventional relationship with her husband Anthony Miller, 37, and her fiancé Ashley Welp, 24, for around two years.

Ava and Anthony, who married in 2003 and have two sons together, claim the trio are 'head over heels in love with each other' despite the 'strange looks' they often receive when together in public.

'People who judge poly families need to realize that we are people just like them. Sharing is the best part of polyamory, it makes me so happy.

'We have built a beautiful foundation together and my family feels complete.'

...Ava said: 'At first we told the kids that Ashley was our friend. They grew to really love her and considered her their fun auntie.

'But one month later, the kids caught on. They asked us, "Are you guys in one of those triangle relationships?".

'We told them we were and they accepted us immediately. I was relieved at how laid back they were.' ...


The story includes a video of another MFF triad:

Lots more of these stories from my past collections; scroll away.

Where do the tabs find all these people? Hint: They pay! Contact the agencies in the image credits — but expect to earn that money, and to sign a scary nondisclosure agreement about the amount. Get competing bids from a couple of the agencies, try to bargain up from their first offer (which is probably for suckers), and insist on editorial control over the final product so you can keep them from portraying you as freaks. Remember, the tabs are not journalism on anyone's part.


● Another advice column. Here's an unusual question on The Good Men Project: Ask Dr. NerdLove: I’m Too Scared To Let Myself Be Polyamorous (Jan. 12) 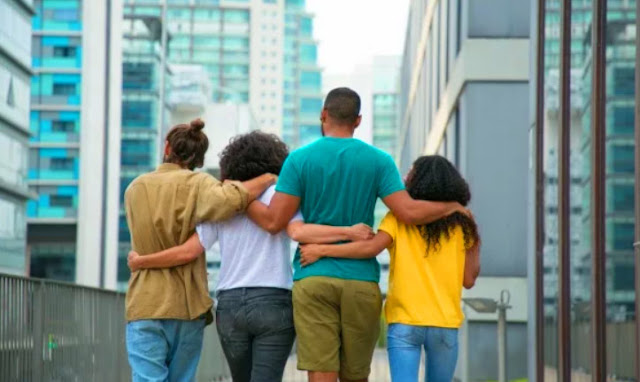 My partner and I are non-monogamous, and I know that it would be ok for me to be with someone else, but I’m scared to.

I don’t feel this way about my partner dating, and I don’t get jealous. But any time I have feelings for someone outside our relationship I get filled with self-loathing feelings. I worry over hurting my partner. I feel like a traitor. ...

My partner encourages me and wants me to date additional people if I so choose, and I want to as well. But I don’t know how to deal with these feelings.

So I think it’s worthwhile to dig in and start asking yourself the hard questions....

(The non-poly folks are shaking their head at this but trust me: it’s a thing.)...

The next question I think you have to ask yourself is what, exactly, is stopping you from trusting your partner when they say that they’re cool with your dating other people. ...

Another possibility is to ask yourself: are you worried that this is going to expose fault lines in your relationship? ...

● The Capitalism Always Adapts department. WealthManagement.com is advising professional estate planners about a newly visible category of clients to pursue. WealthManagement is a newsletter for "over 540,000 financial advisors and wealth professionals [who] rely on WealthManagement information, editorial insight, and analysis to assist them in their client activities." Now up in its Estate Planning section: Dead Celebrity Podcast: Jerry Weintraub and Modern Polyamory (Jan. 6):

If you had a client with multiple partners, would you know how to handle their estate planning?

...In this episode, WealthManagement.com’s senior editor, David Lenok, speaks with Kim Kamin, principal at Gresham Partners, about the success of Jerry Weintraub’s estate plan. Its success is notable given that this Emmy-Award winning producer, talent manager, and actor had lived with a long-term girlfriend while still staying married to his wife. Together, David and Kim discuss... the overlooked prevalence of polyamorous couples in today’s society, and considerations for advisors who are working with polyamorous clients.

In this episode, you will learn:

● Metamour Day is already coming around again, can you believe it? We're already hearing word of groups planning stuff for February 28th, which of course is Valentine's Day times two.

Metamour Day was successfully launched last year by the National Coalition for Sexual Freedom (NCSF), which ran a campaign that was widely picked up on blogs and social media. For this year their slogan is, "Honoring polyamory's most distinctive relationship."

Which is exactly on target. Your metamours, of course, are your lover(s)' other lover(s). The defining aspect of polyamory, the thing that sets it apart from other forms of consensual non-monogamy such as open relationships, is the understanding that your metas — your partners-in-law — are significant persons in the mix who require, at minimum, your consideration, respect, and basic good will. Even if you hardly know them and/or don't much like them, and even if ordinary politeness is as far as you go. Because polyamory, much like a traditional extended family, carries an implicit ethic that for better or worse, "We're all in this together."

And, of course, metamour relations often blossom into deep friendships and companionships, platonic or otherwise, and sometimes outlast the relationship with the person who brought the metas together in the first place.

This year NCSF is running a Metamour Day Card Contest:

Are you creative? Want to show your appreciation for your metamour, or help others to do so? We're hosting a Metamour Day Card Contest!

All accepted contest submissions will be featured on the Metamour Day page, and will be available to download to give to your metamour on February 28th. More details, including prizes, will be announced soon. Follow our social media to stay up to date with the latest news on the contest.

- Must be original artwork; no copyright infringement, please!
- No personal information. We want these cards to be useful to everyone!
- Keep in mind that there are many varieties of metamour relationships out there.

For inquiries or submissions, email metamourday@ncsfreedom.org 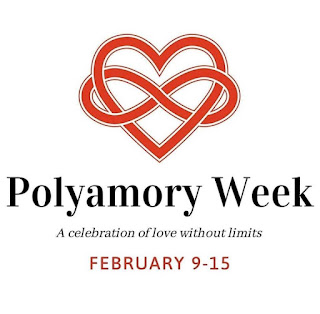 ● Polyamory Week. Meanwhile, a bunch of folks on Instagram have just launched #polyamoryweek, with the graphic at right among others.

Let's see if we can get this one to take off too. Writes Canadian polyactivist Steve Ks, "I kind of like how this pre-empts Valentine's Day (without mentioning it)." Though of course we're not pre-empting traditional couple romance, we're adding to its possibilities!

Ta-ta till next Friday, unless something big comes up before then.