The QAnon Member of Congress and the "polyamorous tantric sex guru"

See new updates at end.
Hot on the web today are headlines about the newly elected Republican QAnon congresswoman Marjorie Taylor Greene, she of the Jewish space lasers setting California wildfires, hitting us in the eye with this: "Greene 'openly cheated' on her husband of 25 years with a polyamorous tantric sex guru".
Once again not the representation for poly we might have wanted, but there it is. The story broke in the scandal-sheet Daily Mail and is now delighting much of the internet.
The stuff happened about a decade ago after the family-values militant had become a baptized evangelical, but before QAnon, Trump, and maybe the rest of her current politics. The gym hunks in the story declined to comment but did not deny it.
Gotta like the attitude of the self-identified poly guy, though! This picture of Craig Ivey is making the rounds: 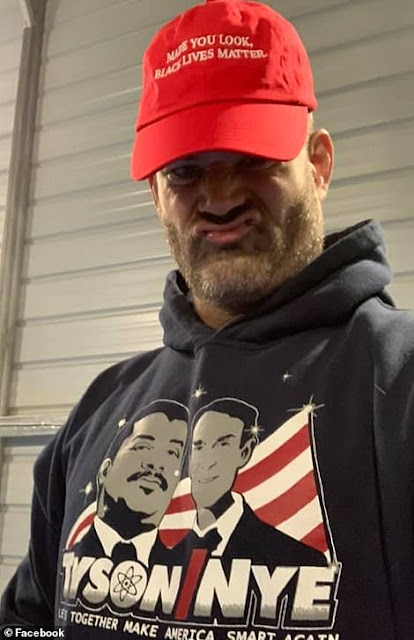 Maybe second thoughts about the representation after all?

The Daily Mail story: EXCLUSIVE: Embattled QAnon congresswoman Marjorie Taylor Greene 'openly cheated' on her husband of 25 years with a polyamorous tantric sex guru and then moved on to another affair with the manager at her gym (Feb. 11).  Bits of it:

...Then after ending her affair with him, the mom-of-three moved on to a gym manager behind her husband's back.
...Craig Ivey, the tantric sex practitioner, said: 'I will not respond to anything about this,' while the other man, Justin Tway, said: 'I have no interest in talking about anything to do with that woman. Everything with her comes to no good.'
...On Instagram, Ivey calls himself The Tantric Warrior, describing himself as 'Living a warrior lifestyle while finding tantric love'. He also participates in reenactments of medieval battles and teaches sword fighting.
Since his affair with Taylor Greene, Ivey, 42, has moved to Washington State. ... He has now set up a gladiator bootcamp called The Ludus.
...Ivey is currently living in a trailer in Renton, Washington, but along with a girlfriend and another couple, he has bought a house in Buckley, an hour south of Seattle, which he says he wants to turn into a polyamorous commune.


Due to his newfound notoriety, [Ivey] has started an OnlyFans page, and he’s actually calling himself “The Polyamorous Tantric Sex Guru” while claiming to live a life filled with “adventure, magic, nature, dance, armored combat, creativity, sensuality, experiences, seeking knowledge, movement, gleaning wisdom, teaching, stoicism, fun, playfulness, and most importantly love for all creatures and human beings.”
..The Daily Mail reveals from Ivey’s various social media posts that he remembers Greene as “a kind spirit that wanted to help people through building community and reaching health goals.” The two never discussed politics, though, and he’s now sad at what he’s seeing from her.
“It does sadden me to see the type of person she has chosen to become,” Ivey relayed. “I feel like I knew her at her best and unfortunately she has drifted far from that life. I still wish her the best.”

He has shared, “Am I a Tantric Sex guru? Fuck no. I found Tantra about 4 years ago. My beautiful and Amazing friend invited me to do a 4 day Tantra Festival in Oregon.” He continues, “Tantra is one of those things that forces you to face a level of intimacy that is hard to imagine, especially with yourself, Tantra is mostly known for its sexual sie but that is just a small piece. It teaches you to be truthful with yourself and not be afraid of being your best human.”
He also identifies himself as “poly”. Ivey noted, “After years of serial  monogamy, I realized that it wasn’t working for me and I started looking at other ways to being in relationships. Poly fit.”

See his full statement about his discovery of polyamory, learning how to do it well for all concerned, his regret of where Taylor Greene's head has gone, and where he's at today. Two panels from it: 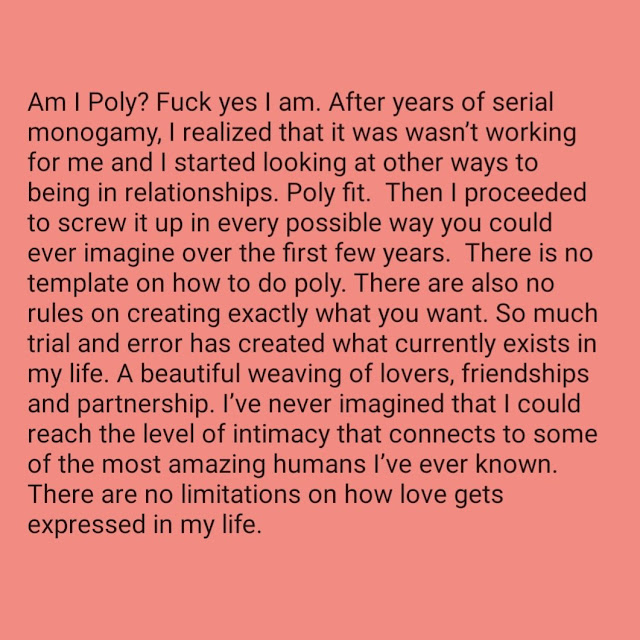 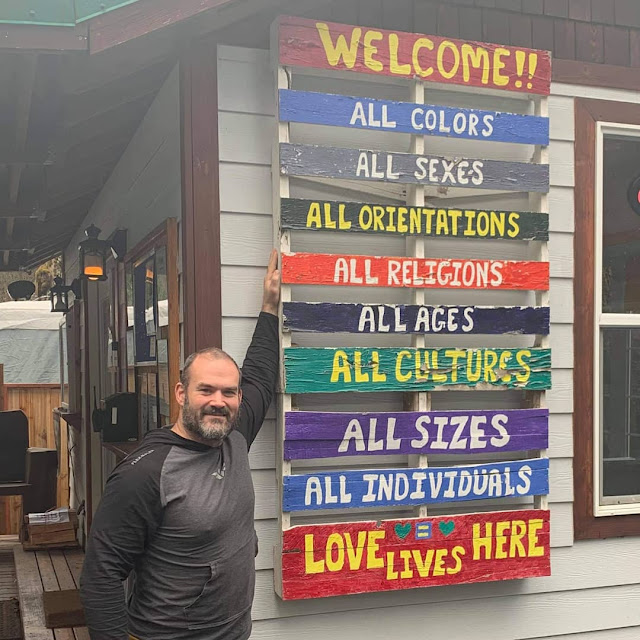 You call her "the" QAnon member of Congress. Nope! 24 of them ran for Congress, and 2 of them won. The other is Lauren Boebert of Colorado.

And that's just those who publicly made a thing of it.