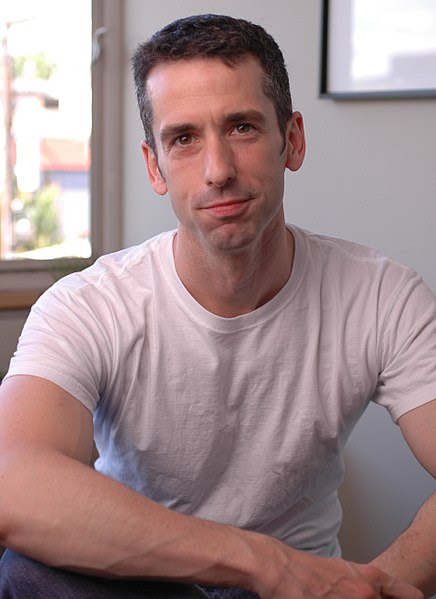 For his alt-newspaper column this week, Savage invited open couples to tell their stories.

Why do most people assume that all nonmonogamous relationships are destined to fail? Because we only hear about the ones that do. If a three-way or an affair was a factor in a divorce or breakup, we hear all about it. But we rarely hear from happy couples who aren't monogamous, because they don't want to be perceived as dangerous sex maniacs who are destined to divorce.

"You know lots of couples who have had three-ways and flings who aren't divorced," I told the skeptics a few weeks ago, "you just don't know you know them." In an effort to introduce the skeptics to some happily monogamish couples, I invited coupled people who'd had successful flings, affairs, three-ways, and swinging experiences to write in and share their stories. The response was overwhelming — I may do a book — and I'm turning over the rest of this week's column to their stories....

Note that this is still all about couples. There's a lively discussion on reddit/r/polyamory about Savage's past ambiguous attitude toward polyamory itself, and perhaps toward other queernesses.

To which my friend Shirley Márquez Dúlcey replies,

I'd love to see somebody with more experience and knowledge of polyamory get the kind of mainstream readership that Dan Savage gets; I think his experiences with nonmonogamy are mostly with flavors that don't involve a lot of commitment to other significant others. But he's a lot better than nothing, and he has friends in the community to fill in the parts that are outside his personal experience.

Elsewhere, a Huffington Post writer advises that with the proportion of married households in America dwindling below 50%, the things that make for a successful marriage have been changing from what the culture tells you. Discussing whether your marriage should be closed or open, and under what circumstances, is only one of the considerations to weigh:

Is An Unconventional Marriage The Key To Marital Bliss?

Am I anti-marriage? No. I'm simply saying that as society evolves, so must our perception of marriage. Apparently I'm not alone. According to a report released by the U.S. Census Bureau in October 2006, legally married heterosexual monogamous marriages are no longer the majority of American households, though various forms of marriage-clone relationships continue to flourish....

What is an Unconventional Marriage?

...Being a life coach and having worked with hundreds of people around the world, I've seen many variations of marriage. It's clear that in developing or poor countries, the traditional marriage situation does work for most people. In these countries, the couple is a bonded survival unit. Whether they love each other is irrelevant. They need each other and their children to survive.

Life in developed countries is much different... we often have two strong individuals with unique outlooks building a life together....

For these reasons, an unconventional marriage may be the key to long-term relationship success. This may include being married but living separately, having an open marriage, living together only part of the year, having a common law marriage, or any other arrangement that works for the couple's situation....

What About the Kids?

Many people wonder how non-traditional marriages affect the couple's children. In my experience, they fare just as well if not better than any other children. Think about it... for generations, children have grown up in all sorts of households: with two moms or two dads, in polygamous households, in single parent households, in households where they are living with aunts and uncles and grandparents as their primary caregivers... the list goes on. The exact living arrangement is rarely a reason for any dysfunction; what causes problems are when the children are abused, neglected, or treated harshly in any way. Dysfunction comes from behavior, not from a certain household make up.

To the people for whom Savage is not politically correct enough, no he's not, he's honest about exactly what he thinks, and that honesty and fearlessness is the reason why he is as successful as he is.

Oh wow, the comments in the HP article, why so hateful and aggressive? It is clear that some of those people feel personally threatened by a viewpoint outside of the norm.