More therapists are getting it about poly, or should. Knowledge of the subject is spreading, and therapist-oriented material is increasingly accessible — such as What Psychology Professionals Should Know About Polyamory (send this link to your shrink so you don't have to waste session time educating them), academic articles, and presentations at conferences (for instance).

Yesterday a pair of researchers and therapists in the UK and Finland posted a review of what they call "the latest psychological guide to sexually open relationships": the paper Clients in Sexually Open Relationships: Considerations for Therapists by Kevin Zimmerman in the Journal of Feminist Family Therapy (vol. 24, issue 3, July-Sept. 2012).1 The 17-page paper is available only by payment or through an academic library, but Raj Persaud and Helinä Häkkänen-Nyholm give a rundown of its contents:

Kevin Zimmerman from Iowa State University... marshals a host of scientific research which questions whether everyone was really meant to be monogamous, and whether a great deal of couples' unhappiness arises out of pre-supposing monogamy is the only option.

Zimmerman raises the question of whether we could be socialized to believe that to be devoted to a second person is to love the ﬁrst less, even though this standard does not apply when discussing adoring more than one child, for example.

...'Open' relationships are sometimes seen as raising the status of women, releasing them to be with whom they want, bestowing greater power over their own bodies. Some heterosexual feminist women prefer 'open' relationships, he points out, to avoid appearing dependent on men, or out of contempt for being 'submerged' into a couple.

Monogamy is also the exception to relationships throughout the animal kingdom... Zimmerman cites work contending that of 4,000 mammal species, only about 3%, have been found to be monogamous, plus of the world's roughly 400 species of primates, monogamy has been reported for only nine.

Zimmerman argues even the shape of the male penis, together with male thrusting, apparently facilitates removal of other males' semen from the vagina, according to previous research....

Of the 185 human societies investigated in one study, only 29 restricted their members to monogamy, in addition, 154 of the 185 societies allowed men to have multiple partners if they could afford them.

Zimmerman explains that 'Partnered non-monogamy' refers to a committed couple that allows for sex outside the central relationship. Swinging is non-monogamy in a social context, also referred to as "the lifestyle", 'Polyamory' allows for partners to have more than one relationship that is sexual, loving, and emotional....

Bisexual women appear numerous in polyamorous communities... the standing joke being that they can "have their Jake and Edith too". According to Zimmerman, research confirms homosexual couples are much more likely to allow extra-dyadic sex.... Zimmerman also cites surveys which confirm that heterosexual couples in open relationships can be happy, intimate, and well-adjusted.

In a society in which monogamy is the only acceptable way to be in a committed relationship, Zimmerman contends individuals who experience attraction for anyone else besides their primary partner often experience guilt, shame, and deceit. Being too invested in the idea of monogamy and marriage paradoxically makes it more likely that many ﬁnd the only way to accommodate our non-monogamous biology, is to cheat.

These arguments and evidence suggest the stigma over open relationships could be changing, and in the future, this lifestyle might even become the norm. Zimmerman compares [it to] co-habitation before or instead of marriage, around which there was a similar strong taboo just a generation ago....

Another article about the paper appeared on a blogsite with 13 therapists, "Analyzing Adultery — Why Do People Cheat?"

It’s only cheating if you’re supposed to be monogamous … right? 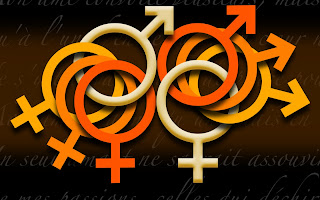 ...Cheating can still occur in nonmonogamous – or open – relationships....

In an article aimed at therapists who may come across clients in open relationships, Kevin Zimmerman outlines the various types of nonmonogamous relationships:

● Partnered nonmonogamy – “a committed couple that allows for extradyadic sex”
● Swinging – “nonmonogamy in a social context”
● Polyamory – “partners have more than one relationship that is sexual, loving and emotional”
● Solo polyamory – “nonmonogamous individuals who do not want a primary partner”
● Polyfidelity – “three or more people who have made a commitment to be in a primary relationship together”
● Monogamous/nonmonogamous partnership – “one person is monogamous and the other is not”

The key to all of these open relationships is honesty and boundaries, according to Zimmerman. For partners to be successful in a nonmonogamous relationship, they must be honest with their partner about what they want and the actions they partake in outside of the primary relationship. There must also be clear boundaries set and continually negotiated between the partners to make sure neither is unhappy with the situation.

I have shifted gears recently from the monogamy-marriage track to strictly casual. Not one night stands, ill only have sex with someone regular, but i am not interested in a girlfriend anymore.

I dont know if that qualifies me as poly but i am lining up a date with a girl in an open relationship which is why i went looking online, to see what im getting myself into.

I can see the benefits after 17 years of back to back monogamous relationships including an engagement.

From a male perspective, i find that western women in monogamous relationships are just straight up bossy. They demand compromise and change, gifts and to have the strong alpha male do their bidding on command. They seem to have no qualms making backhanded compliments and verbal jabs. This attitude is also espoused in most television sitcoms: fat dumb oaf of husband gets verbally crapped on by know it all wife and everyone laughs at his expense.

In dating and short term or open relationships however, i have found that these dynamics do not exist. There is no ownership of eachother and either person is free to engage in another relationship or date as they wish. Meaning that if time spent together is unpleasant the relationship will just terminate. Even with sex involved, if one has multiple options they will of course gravitate to the most enjoyable option available. Even western women do the math quickly - nag and bitch at your partner and he wont stick around very long.

I beleive that monogamy can work, but only in a mutually codependent framework. Codependency has become somewhat of a bad word in modern relationships, but mutual codependency is the tightest bond possible. Because of the modern focus drilled into women by feminism on selfishness within the couple this model is now seen by women as degrading. They expect the man to be codependent in a monogamous relationship but refuse to be so themselves. So now we have men making excuses to help their wives save face yet the same woman will openly emasculate him.

Casuality allows moden men to do what they want to do. Men of the 1970s were perfectly ok to drink beer when they got home from work, flip on the television and get a little out of shape, to go out with the boys and make wisecracks. A man today is expected to live life like a woman, and such antics would not be tolerated by most modern women. In casualality, men can go home drink their beer watch their television and when they crave an emotional or physical connection they can simply tap into a list of casual relationships looking for.a willing partner.

I am very much enjoying this lifestyle. Honesty is key.