Vogue UK: "Love All: The Art Of Polyamory" 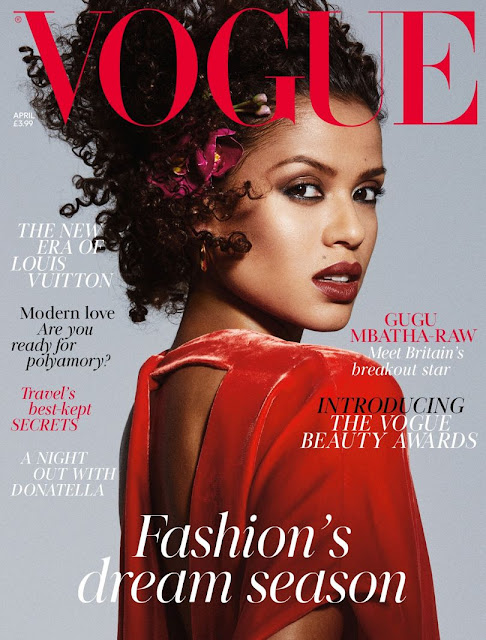 In the British edition of Vogue, April 2018 issue (both print and online), comes a long, 2,500-word rumination that's getting some international notice. A few excerpts:

Love All: The Art Of Polyamory

As polyamory enters the mainstream, could a relationship revolution be under way? Rowan Pelling investigates the art of loving – and sleeping with – more than one person.

One bright spring day last year I was idly browsing Facebook when my friend Dr Kate Devlin (a lecturer in artificial intelligence at Goldsmiths) updated her status from “single” to “in an open relationship”. Since I’m 49 and live in uptight, windswept Cambridge [UK], rather than a sex-positive community in San Diego, this was a social-media first for me. It seemed clear the polyamory movement in Britain had finally achieved critical mass. There had been plenty of portents. ...

...For me, the significant thing about my friend Kate Devlin’s post was that it marked the moment when I first witnessed a bunch of well-heeled professionals all nod and say, “Good for you!”, rather than falling silent or expressing surprise. I sent her a message offering congratulations and suggesting polyamory would make a great article for my magazine The Amorist, which explores passion and sexuality. She replied, “I’m already halfway through.” The finished piece caused a bit of a stir, and a version was reprinted in The Times. ["I have other men. He has other women. We’re both happy."]  ...She concluded, “I am content though. Happy, definitely, in a way that I couldn’t be if I were with just one person. I am fascinated by people and delight in learning more about each one… I know polyamory is not for everyone. There are degrees of it that are not for me. I’m tentatively feeling my way blindly because the familiar social structures aren’t in place, but it’s OK. It’s OK. I remind myself that it’s OK. For every pang of insecurity I have an equal and opposite panic about being trapped. Then my heart lifts as I remember: I’m not."

...The modern polyamorist has a host of experts and guidelines to turn to, should they want to be guided. Consensual non-monogamy, 21st-century style, is about parallel loving relationships, rather than swingers’ parties and dogging. The Ethical Slut has been supplemented by Franklin Veaux and Eve Rickert’s More Than Two, which lays out ways to maintain good etiquette with all partners. Meanwhile, those with more anthropological leanings might prefer Christopher Ryan and Cacilda Jetha’s Sex at Dawn, which makes a convincing case that the human ape – our inner bonobo – is not, at its core, a monogamous creature, and that women are just as likely to relish multiple partners as men. There are also numerous websites giving advice, although it basically comes down to ruthless honesty, impeccable empathy, good communication between all parties, respect for preset boundaries and not making any of your lovers feel peripheral. Everyone cautions against men (it is usually men, I’m afraid) who declare themselves “polyamorous” when what they really mean is commitment-phobic. ...

Proper polyamory involves a lot of fiercely honest negotiations and tenderness for all concerned. ... One difference between new-style polyamory and old-style couples who have “an arrangement” is that the possibility of side arrangements is often discussed from the beginning of a relationship. Emily Witt’s recent book Future Sex has a riveting chapter tracking polyamory among young tech entrepreneurs in California’s Silicon Valley, where the practice is common. In Britain, I’ve observed a similar phenomenon among Shoreditch techies. When you’re at the forefront of virtual reality and know sex robots are in development, you’re hardly going to find consensual non-monogamy outlandish. Stephanie Alys of Mystery Vibe, a London-based startup specialising in teledildonics (app-controlled sex toys) confirms this. ...

A couple of years ago I met the neuroscientist and sex therapist Dr Nan Wise at her office at Rutgers University in New Jersey, who turned out to be something of a spokeswoman for the poly movement in America. [That must have been at least 10 years ago. –Ed.]  Wise pointed out that you have to be the sort of person who embraces emotional complexity – who’s hungry to give a lot of love, as well as to receive it – to deal with the complexities that consensual non-monogamy throws up.

...It often seems to me that polyamory is a better solution for those couples who have navigated and exhausted every aspect of conventional fidelity, rather than a Tinder-reared generation who are unnerved by the discipline required for exclusivity. If you have managed to love one person well across decades, and perhaps children, too, you’re far more likely to be generous and understanding in your love for another. By then you will know from long experience that the heart’s capacity is not finite, and its terrain is not bounded by rules.