Polyfamily speaks out on TV after flag is stolen from porch


This just in: A polyfamily speaks out on Kansas TV news after an American Pride flag was snatched from outside their home. It's powerful coverage for the nature of poly, from KCTV5 News in Kansas City. Watch here:

KANSAS CITY, KS (KCTV) -- Five days before Independence Day, someone stole a veteran’s flag off his front porch. But when KCTV5 News started talking with him, we found out there was more to it.

The flag was in its bracket on their front porch, but it wasn’t a standard issue flag, which might explain why someone stole it.

CJ, Brandi and Brooke, husband, wife and girlfriend, have been living together as a polyamorous triad for about a year.

“We are faithful to each other but it’s just the three of us and we feel like we have so much love to give, that why limit it to one person,” Brandi said.

Last month, they saw this and it spoke to them: 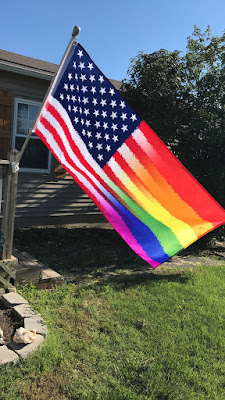 A tribute to CJ’s seven years in the Army, 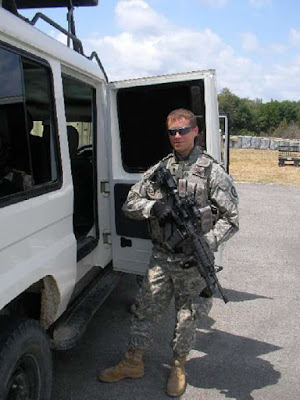 His three years as a Sheriff’s Deputy, 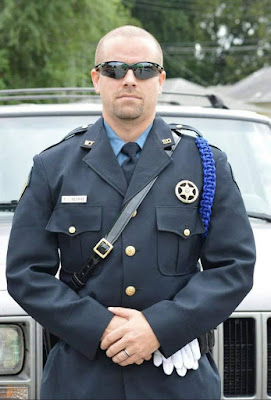 A celebration of their atypical approach to love,

And affirmation for all those who love differently from the majority.

...Early Sunday morning, a man who had his face covered, snatched their flag from their front porch.

“We were in a way defeated at first, but then kind of charged, to like, this is not going to happen,” Brandi said.

Several variations of American flags fill their neighborhood heading into Independence Day. CJ wonders if the thief saw his version as a desecration. But to him, it’s no less patriotic than the flag he readily salutes.

“It was still an American flag. It just had an additional meaning,” CJ said.

The three doubt they’ll ever know who did it, but they felt violated, uneasy, then galvanized and realized, maybe they could make a difference if they could help people better understand their way of life.

...“I would have sat out there for half an hour having a conversation with him,” CJ said.

They said they’re an open book, out to family, but misunderstood by many who equate polyamory with people who just want to spice up their sex life. They said it’s about so much more.

As for the flag, they have ordered another one and plan to hang it as soon as it comes in.

Congrats, you guys. You did great on camera. Happy Fourth.

where can this flag be ordered