It's Friday again, and that means it's time for (drum roll) this week's Friday Polynews Roundup! With a bunch of fresh new poly-in-the-media.


● Actress/ singer/ director Bella Thorne's enthusiasm for polyamory continues to flood the celebrity and entertainment press following her Cosmopolitan interview. For instance, in Billboard: Bella Thorne Says Polyamory Is 'Beautiful' When You Find 'the Right Mesh of Two People' (Nov. 15). And the feminist Refinery29: “I Love Loving Two People At Once” (Nov. 18).

Note that she gets it about the defining aspect of polyamory: that metamour relations are present and matter. From the Cosmo interview:

And in her case, she likes her metamour relations to be close:


"If it works, you can spend a weekend with two people and you’re all hanging out and having fun and smoking, and like, sharing stories up late at night," Thorne continued. "Kind of having fun, acting like children in that way. It’s a really fun experience, and I have been able to capture that a couple times, and I just love that idea. I love loving two people at once. I love sharing stories with three people in one room."


● More on clear definitions. Insider presents the latest article explaining how polyamory, open relationships, and swinging are three different things (though they often overlap). Being in an open relationship isn't the same as being polyamorous. A sex researcher explains the difference. (Nov. 16, 2019) That would be Amy Moors.


...The differences are especially important to understand if you're considering such an arrangement yourself. After all, how awkward would it be if you think you're getting no-strings-attached sex but the other party wants an emotional relationship only?

A consequence of this, unmentioned in the article, is that if your partner loves both you and someone else too, you must at minimum respect your metamour and treat them decently as part of the circle — it's the "We're all in this together" ethic. As the wise Page Turner pointed out on the first page of her book Dealing With Difficult Metamours, this is really the thing that sets polyamory apart.


It's not our partners that really make the daily existence of polyamory that different.... [It's] because of metamours. The fact that you have these people in your life who love the same people you love. ... Being metamours with someone can be an awful lot like sharing a best friend. ... Just like a co-best friend, sometimes your metamour will become your best friend too. But sometimes? It's a regular friendship. And in some cases, for whatever reason, you really don't get along with them. ...


● The Federalist, a heavyweight conservative magazine (no apparent relation to the Federalist Society), weighs in with No, Human Beings Aren’t Happier When We Ditch Monogamy For Polyamory (Nov. 15). Is this the best they can do to not get it?

...As a species, we’re pretty terrible at throwing our bodies into something without emerging emotionally unaffected. Physiologically, we’re wired for intimacy of both our bodies and minds, and try as we might, we can’t divorce the two. [Of course polyAMORY is about marrying the two! Ever hear of, um, love? –Ed.]

...But despite monogamy being primarily a cultural construct, it’s responsible for our advanced accomplishments as a civilization. Societies where polygamy [sic] is practiced see far more warfare....


● MamaMia, "Australia's largest women's media brand.... To make the world a better place for women and girls," presents 'I was in a happy relationship with my boyfriend. Then he encouraged me to date his friend' (Nov. 15). Includes an unrelated polygroup video.

Ten years ago, after leaving two monogamous marriages in a row, I found myself happily exploring the delights of polyamory as the “primary partner” of a man we’ll call Mr X, who had introduced me to the concept — and, in time, to several of my other boyfriends.

...Turned out, I loved the freedom to pursue connections with people who intrigued me — without sneaking around, and without any restrictions on where it should lead. I was also pleasantly surprised at my absence of jealousy whenever Mr X hooked up with someone else. I discovered that for me at least, jealousy arose from feeling threatened or deceived. But we had a firm agreement never to start something without informing one another first, which helped me feel safe and stable.

Such open communication was one of the best gifts polyamory gave me: learning how to be completely honest with myself, and with everyone else. This honesty was possible because nothing was “forbidden” or off the table, as so many things had been in every prior relationship I’d had.

Now, I could ask for anything I wanted. If a partner wasn’t comfortable with whatever-it-was, then negotiation started, and a compromise found that made everyone happy. We all had permission to explore, to experiment, to try new things. No one had decided ahead of time how this must go or must turn out.

...It was so, so good. Mr X had another serious girlfriend at the time, and the four of us got along great. We weren’t a true “quad” — Mr X and I were the only ones bed-hopping in that arrangement — but all four of us were very closely connected, and we all learned so much about communication, self-knowledge, and opening our hearts wide. ...

Also in MamaMia, a first-person that it picked up last summer from Medium: My girlfriend and her husband: What I've learnt from my relationship with a married couple. (July 6). With another (unrelated) polygroup video. 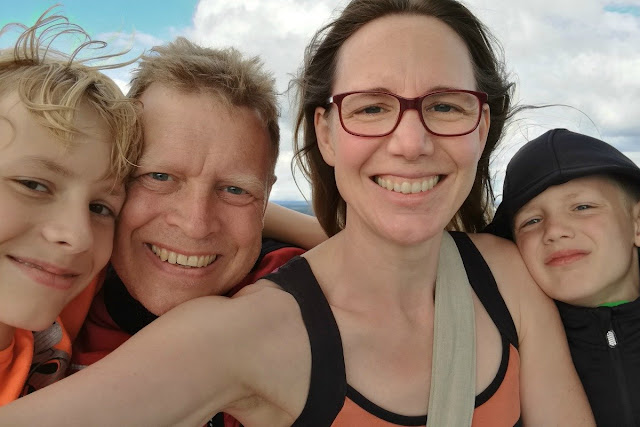 Such is the dynamic of my polyamorous relationship, and I’ve got to be honest, we’re all quite happy with this situation. There is no competition, no strife, no jealousy, no hard times, no anger or aggression, and it’s rather surprising, even to me, from the inside, that two men can get along so well and share the same woman.

When I look around at others and the problems they have in relationships, issues with which they can seemingly never compromise, I wonder if it’s us or it’s them that’s different. How is it that so many people are bothered by something that we seemingly absorb with impunity? The fact that we’ve set out on this course of polyamory to begin with is a clue that there’s something deeper — something wonderful happening here that’s quite unique, but is there more to it than that? I think there is.

I think several factors lined up to give us what we have. ...


Earlier: I felt dissatisfied in my marriage. So I suggested we introduce polyamory (June 29, 2019).


● From PopSugar, 3 Huge Lessons I Learned From My Polyamorous Relationship, by Lexi Inks (Nov. 14; Reprinted by UK Yahoo Style Nov. 15). The three lessons?


1. Communication Is Everything
2. You Don't Need to Be Their Everything
3. Your Partner's Happiness Should Be Your Happiness

● Insider: People who think they'd be too jealous in an open relationship may have bigger problems. Namely, the widespread, toxic cultural assumption that jealousy is proof of love (Nov. 14).


"In our society we've really conflated jealousy with love and it's problematic," [Amy] Moors told Insider at the annual meeting for the Society for the Scientific Study of Sexuality. "We often interpret jealousy as that person cares about you and really likes you, and that is so incredibly harmful to want to possess someone like that."

● AOL, Yahoo, and other outlets are airing a video series called "In the Know: Uncommon Ground," described as "a deep dive into society's fringe groups, both well-known and unknown." Here is These polyamorous couples are fighting the stigmas against non-monogamy: 'A way to be less isolated' (4½ minutes; dated Nov. 4, but it's been appearing elsewhere more recently). Notice the majority-black representation.


Not everyone in Andre's life understands how — or why — he's more than one person at once.

"My family just thinks that I'm just like, doing this thing — and eventually I'll find 'the one,'" he told In The Know.

But Andre, who's in a relationship with four women, says he isn't looking for "the one." Instead, he finds love, support and happiness in polyamory – the practice of engaging in an intimate, romantic relationship with more than one partner at a time.

...We spoke with some of those individuals about how non-monogamy has given them committed, highly fulfilling relationships.

"Polyamory is a relationship that includes emotional attachment and love, and a commitment to each one of my partners," Jari, who is also polyamorous, told In the Know. "No relationship can be assumed about the structure and what it's going to look like."

Martisha, who is in a relationship with both Andre and Jari, says polyamory has given her a large, powerful support system that she might not find in a monogamous situation.

"There are a lot of additional people in my life that I can call on. And it's very freeing and liberating to know that just because there are other people, that does not mean the validity of my relationship is not still there."

For some polyamorous relationships, the presence of other partners can actually add to that validation — not take subtract from it.

"There's something that's really just great about seeing someone else interact with your partner in a way that's similar and also different," Elizabeth, who is partnered with both Andre and another man, Ray, told In the Know....

"The people that you're dating have a type," Andre said. "So if you're with a person long enough and you get to know a metamour [of yours], you realize all of the ways you are similar to that person."

"I think Andre and I have a lot in common," Jari told In The Know. "And I think that we would have met and been friends even if it wasn't through Martisha. So I think that makes it even cooler and easier when we're all hanging out."

See you next Friday, and probably with breaking news before then.