Just a short drive from the hummus shops and hairdressers in the center of Pardes Hannah, there is a free-love commune where dozens of people happily give the finger to societal norms.

Old-timers in the Israeli town think it’s a myth, and even the many hippies who have migrated to the small city of 42,000 an hour north of Tel Aviv aren’t sure whether to believe the rumors of the love collective established last year.

...[Shir] Talor doesn’t take the predictable path of most alum of the Israeli Intelligence Corps’ Unit 8200, who often head successful tech startups or lecture at international forums on cybersecurity. Instead, after 11 years in the elite unit, her big project is to pioneer polyamory in a home dominated by a “cuddle space” large enough for several people to get intimate.

She is convinced that society must become more “pluralistic” about sex rather than view it as necessarily bound up with marriage, childbearing and exclusivity.

“For us, sexuality is not a goal you get to on the way to something or somewhere. It’s a tool, just like conversation or playing board games, to spend time with another person and build intimacy. Sometimes sexuality leads to other things and sometimes it doesn’t,” she says.

Talor is an architect — or as she puts it, an “anarchitect,” meaning “anarchist architect” — and uses her design skills to map the intricate relationships between more than 30 people in the polyamorous group with crisscrossing lines. She calls the diagram a “polycule” because it resembles the blueprint of a molecule, but the web is actually much bigger, she stresses, with many more relationships between members of both the same and different sex. ...

● In his Savage Love column (in many alternative newspapers), Dan Savage this week lays into more baaad "CNM" that sullies our name. He responds to a question about a girlfriend who says she's monogamous and also says she wants the opposite: Open Ended (Dec. 25, 2019). 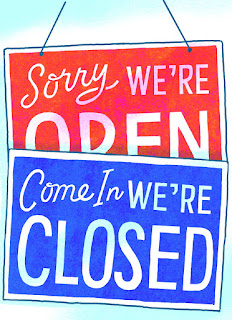 ...We are interested in opening up our relationship, but I have reservations. She wants the freedom to throw herself into her new world without the constraint of having to shut down non-platonic sparks. [She] has brought up marriage several times. While she admits she doesn't have a good track record with monogamy, she insists marriage will change that.

Another concern: The last time she was in an open relationship, she cheated on her then-boyfriend with me. "No exes" was one of their rules, and I was her ex at the time. (I didn't know she was with someone else.) Another wrinkle: When I confided in her recently that I had developed romantic feelings for another person, she asked me to choose between her and them....

I would be fine with her hooking up with women, but it makes me sick to my stomach to think about her with other men.... She would be willing to put her desire for experiences with other women to the side in order to be with me, she says, once we are married. I would love to hear your thoughts....

Don't open it. End it. It's time to put this dumb, messy, past-its-expiration-date shitshow of a relationship behind you. Would knowing your girlfriend is already fucking other people help you do that? Because when someone with a shitty track record where monogamy and nonmonogamy are concerned asks their partner for an open relationship while at the same time demanding their partner "abort" any potential "non-platonic" friendships... yeah... already fucking other people.

...People who are bad at monogamy don't get better at it once they're married. If anything, people who were good at monogamy tend to get worse at it the longer they're married. ... And if your girlfriend cheats because she gets off on risk, danger, or deception, getting married — which would obviously make cheating riskier and more dangerous — could make cheating more appealing to her, not less. 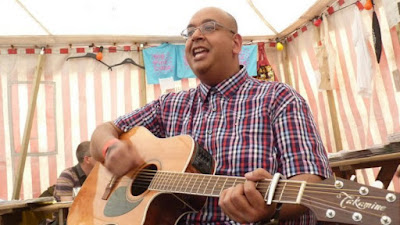 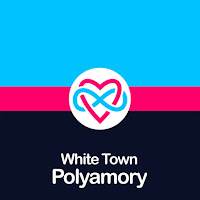 Listen here, with lyrics and videos.

The "band" White Town consists of Jyoti Mishra, who writes and records the music almost entirely on his own, with occasional help from other musicians. Although best known for the fluke 1997 hit "Your Woman," White Town's mix of musical, political, and social influences makes Mishra one of the more intriguing, although frustratingly inconsistent, musicians in '90s indie pop. – Stewart Mason, AMG

I wasn't much impressed on first listening, but then these tunes began to haunt.


● A significant article from the Black Youth Project: Black women face greater scrutiny than white women for being polyamorous (Dec. 20, 2019):

The societal impact of straying from what is considered a norm is greater for Black people than it is for our white counterparts.

Of the many places to learn about my sexuality, That 70’s Show was as good as any... but one episode in particular stood out to me. Red and Kitty attend a party with their neighbors, Bob and Midge. After a few minutes of conversation and mingling, it becomes clear just what kind of party they’ve been invited to.... Kitt rises to leave and giggles nervously as she says, “My God. You’re swingers!”

Red and Kitty quickly dash away from the party, whose attendees seem to be having the time of their lives. It was the first time I saw an instance of open relationships on TV. Instead of tapping into the implied humor at the expense of these “debaucherous” people, I was entranced with how free they seemed. The only problem was that I didn’t look like them. That 70’s Show was a snowy-white sitcom, and it would be a while before I saw myself reflected in portrayals of polyamory in media.

...In an interview with yesyesnonmono, Kevin Patterson, author of Love’s Not Color Blind: Race and Representation in Polyamorous and Other Alternative Communities, comments on the responsibility of white people to hold space for people of color. “It’s so easy to not see yourself represented in a thing and then to assume that thing is not for you. Polyamory is one of those things. We need more visible people of color in these spaces,” says Patterson. “But that also means that white folks with platforms need to use them to prop up people who don’t get the same kind of exposure. That means bloggers, organizers, community leaders, etc.”

Like white feminism, the white sex-positive crowd benefits from white supremacy. White people benefit from the assumption of innocence when exploring their sexuality. Compare this to most Black people’s experiences with kink and polyamory. ... As said in Shirley Yee’s Black Women Abolitionists: A Study in Activism, 1828-1860, “[S]tereotypes of black and white women were mutually reinforcing images, not simply opposites; the assumption that black women were sensual and physically strong served to buttress the notion that white women were delicate and passionless.” The assumption of this fragile innocence and passivity of white women harms us because we are seen as deviant beings.

...There is less of an outcry from a white community that could alienate those that are behaving outside of social norms. The people that they have to answer to are usually parents and a few friends instead of an entire people. For some Black people, adopting respectability politics is a gateway to acceptance across communities. ...

A reminder: Find your options and plan your trips to hotel polycons, wilderness polycamps, retreat intensives, and other polyamory-community gatherings for the coming year at Alan's List of Polyamory Events.

Back again next Friday if not sooner!