● This week NBC's LX division ("LX, or Local X, stands for the exponential possibilities of storytelling in our communities") put out a sweet 7-minute segment on a poly group. A couple opened their marriage four years ago after the wife was intrigued by a TV program just like this. They've ended up in a quad, and their communication and honesty all around made it work.

And if you've been waiting for one of these nice TV profiles to exhibit successful poly entirely in the black community, bookmark this one.

Simone and Tony Frederick opened up their monogamous relationship after four years of marriage. They are now in a polyamorous relationship, meaning they're in intimate relationships with more than one partner with the consent of all partners involved.

I don't how widely this is airing. NBC's LX division says it's "redefining local news"; I assume this means it supplies human-interest filler for the local news shows on NBC affiliates all over. Notice, for instance, that there's no indication of where these nice people live.


In what we can vouch to be the steamiest of lesbian threesomes, the scene was just about Alice, Nat and Gigi — one that was not shot for the male gaze, and is passionate and simply beautiful.

When Alice (Leisha Hailey) had suggested that her current partner Nat (Stephanie Allynne) and Nat's ex-wife Gigi (Sepideh Moafi) rekindle their friendship, we had expected the show to take the same downtrodden path — a love triangle destined to be doomed.

In the latest episode of 'The L Word: Generation Q', Alice is being interviewed by LA Times — her work, her show, her queer life, her partner, their life together.

At the same time, Gigi shows up at the office with the kids and their change of clothes for the shoot. The newspaper gets a photo of the three together around the kids, as a family.

We — along with countless fans of the show — are hoping that the makers of 'The L Word: Generation Q' explore polyamory for the trio going forward.

...The throuple not only has physical chemistry with each other but also an emotional connection. ... With the next episode literally titled 'Labels', could it be that Alice, Nat and Gigi put a label on their relationship? 'The L Word: Generation Q' airs on Sundays at 10/ 9c on Showtime.

Over at the right-wing Newsbusters, they're furious about this: Showtime's 'L Word' Reboot: A Throuple Is 'A Family' (Dec. 29)

Polyamory is the next frontier in the radical left’s sexual revolution. Every left-wing medium, from the New York Times to network television, has been attempting to “normalize” and desensitize the public to this "lifestyle." It was only a matter of time before Showtime's The L Word: Generation Q, a show dreamed up in a lesbian fantasyland somewhere in Los Angeles, would join the polyamory push.

In this week’s episode, “LA Times,” on December 29, talk-show host Alice (Leisha Hailey) created a “throuple” with her current lesbian lover Natalie (Stephanie Allynne) and Natalie’s ex-wife Gigi (Sepideh Moafi). Of course, Gigi and Natalie were already raising two children together. What could go wrong for children to live under such sexual chaos?

Before the explicit scene that establishes the threesome’s new “relationship,” the trio are already talking about themselves as a “family.” They first use the word “family” after friends show Alice a recent feature article and headline promoting her as the “Queen of Queer Life.” ...


● The Advocate reviewed 8 Incredible Illustrated Books for LGBTQ Readers, including this one, subtitled "how the ethics of polyamory helped my rescue dog and me heal from trauma" (Dec. 27). 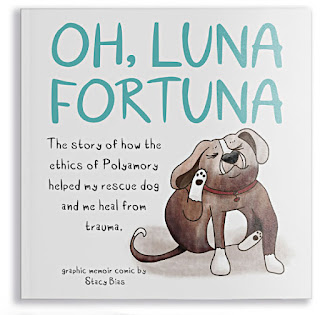 Oh, Luna Fortuna is more than queer author Stacy Bias’ weird little picture book for adults about trauma, mental health, and dog rescue in the vein of Go the Fuck to Sleep (i.e. not for kids). It... shows us how loving something else requires us often to love ourselves first. Bias, an author and well known fat activist, weaves together polyamory, animal rescue, and PTSD into a slim graphic memoir that will make many LGBTQ folks nodding vigorously with recognition (and sometimes delight). Available from Etsy/Oh Luna.

● More in a long series of poly advice from columnist Yana Tallon-Hicks in the alternative Valley Advocate (where I once worked!) serving western Massachusetts: V-Spot: How do I stop avoiding my partners’ partners? (Dec. 30):


I’ve been practicing polyamory for three years. ... My big problem is that once my partners either a) show an interest in someone or b) have sex with them, I immediately do not want to spend any time with that person. I barely want to make eye contact (avoidance much?).

...I know I’m missing out on valuable and lovely social experiences because of this, AND I’m disappointing my loved ones. 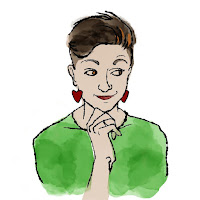 First, not all non-monogamous relationships are required to include interactions with partners’ partners in order to be successful. The boundaries of all relationships (monogamous or not) are able to be negotiated to best suit the emotional and mental health of all players involved. ...

I find it interesting that you differentiate here between your jealousy (which you describe as “manageable”) and your desire to entirely avoid your metamours. It makes me wonder, what’s fueling your avoidance?.... Are you good at reframing negative self-talk? Do you have effective ways of caretaking yourself and your feelings during a jealous spell that could work here?

...Also, what is The Big Scary you’re avoiding by not making eye contact with these lovers of your lovers? I sort of wonder if some casual “exposure therapy” is in order here. Meaning, what would it be like to gradually face these fears and thoughts rather than keep them in the dainty little glass cabinet called Avoidance you’ve stored them in, leaving them untouched and, ultimately, perfectly intact?

This week I'm reading Jim Fleckenstein's new book Love That Works, a collection of 38 relationship hacks. Jim has been a kink and poly activist for decades. He formed the Institute for 21st Century Relationships back when "21st Century" meant science fiction; it later became the nonprofit foundation of his other passion, the kink and poly National Coalition for Sexual Freedom (NCSF), which thrives today. He's also a relationship coach. Love That Works is not poly-specific but offers tools that poly people and groups should find useful. 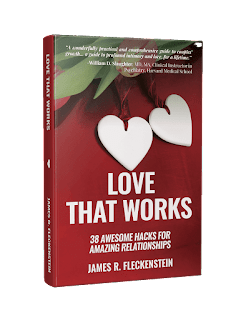 I've just started the book, and it begins with an insight I've rarely seen elsewhere, though it's obvious when you see it. Before any relationship processing can work between people, they have to explicitly prepare a safe space between them for difficult disclosures and discussions.

Family therapists often miss this fact because their own office and presence provide such a setting automatically. In fact, that simple thing is a lot of what you pay them for, though no one might quite say so.

"If it’s not safe to share everything," writes Jim," then it’s not really safe to share anything, because you never know what’s going to be triggering and derail the conversation."

He quotes Criss Jami: "When a man is penalized for honesty, he learns to lie."

So, for this week's News You Can Use from the community itself, here's from Hack #1:


Reflect upon a time in your relationship when you punished your partner for telling you an unpalatable truth, large or small. ...

Do you think that your approach encouraged future honesty, or did it encourage deception and secrecy?


Just sit with that one for a while.

(Disclosure: I have no financial interest in the book, but Jim's a friend and I hope it succeeds.)

See you next Friday, or sooner if something comes up!