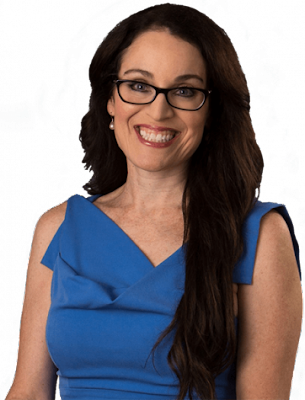 Remember the psychotherapist Karen Ruskin? In the early 2010s she was a go-to media "expert" speaking against the horrors of polyamory and open relationships, which she declared never ever worked, not even one single time. On her website she says she is "known nationally and internationally as a cutting edge tell-it-like-it-is high energy passionate and compassionate on-air mental health guest expert. Appears on various television news networks, talk shows, documentaries, and reality TV. Is also interviewed on the radio and print media." In at least one case she was sought as an expert witness in court to deny poly parents custody of a child. (My past posts involving her: 1, 2, 3.)

She became more subdued about the subject in the last four years or so. And now, in a post on her website, she is retracting her statements and views that consensual non-monogamy is never good. But she does so in a manner that seems to blame others.

What prompted this? She says it was CNN reprinting an article it ran in 2013 that quoted her. The day after the reprint (January 29) she posted,


Psychotherapist’s updated stance: Consensual non-monogamy is healthy and advantageous for some. Yes, this is a fact, based on client and non-client report. Therefore this is my stance of the now, from accumulated success stories I have heard within the client-therapist relationship and outside of that relationship dynamic. I do not judge the information. Of course there are those of whom consensual non-monogamy would not be a good fit. This is not a sales pitch for or against consensual non-monogamy. This is providing an important update, and, I actively receive human reports to date of the successful and enlightening journey many individuals and couples have and are experiencing. This is not my commentary and assertions over 5 years ago, 10 years ago, 20 years ago. For those were not the bulk of the stories articulated back then. To be clear, so there is no misunderstanding, consensual non-monogamy is not advantageous for some, yes, that perspective has not changed. What has changed is the assertion that it does not work out well for ‘all’ couples. One cannot categorize and state it is destructive for all, which was my assertion well over 5 years ago . . .

She goes on to say,


...Alternatively as the years progressed, as mentioned above, in speaking with couples and individuals I heard other stories. Stories of great love and success opening up one’s heart, mind and body to additional people. Stories of personal and relational growth, discovery and connection. For many couples, Polyamory, Open marriages and Swinging is value add and opens up dialogues with one’s spouse/primary mate that would otherwise never have been discussed. In meeting with couples and individuals in the “Lifestyle” (those who either consider themselves in any one of the three categories as listed above, and more), many took the time to share with me their stories that are beautiful, healthy and exciting. Many couples who are poly, have open marriages or are swingers are deeply connected and committed to their spouse. Some couples in the lifestyle have healthier relationships then monogamous couples, and others do not. It works both ways. This is not an either/or debate, which is the different stance then asserted from this professional years ago. This is an important update that has occurred from literal time within our changing cultural climate.

In fact, abundant personal success stories were out there ten years ago just as now, for anyone who had the curiosity and intellectual integrity to pay attention to them rather that ridicule them and swat them away. Some were told to her directly. In 2016, Ruskin is said to have threatened not to appear on a radio show if the teenage daughter of a polyfamily would also be on the show telling of her successful upbringing.

She apparently feels that the real bad actor here is CNN, for re-running what she once told the world through CNN:


When an article is written, the reader assumes the data is up to date. The reader trusts that the quotes are taken from information of the now, not from years ago. For most certainly there are certain topics that psychotherapists such as myself, may share a different message then the message they shared say 5 years ago, 10 years ago. Why may the message shift? Think about it. A Psychotherapist such as myself who specializes in couples, a marriage therapist meeting with approximately 40 couples and/or individuals per week, after year 1-10, year 10-20, year 20-30, with a brief solution focused style, has now experienced the reports and stories of massive varied couples through those many years. Most certainly in the changing cultural climate of literal time, the data such a mental health professional shall accumulate shall be of great significance.

...What prompted me to take action and write this brief article today, is that google sent me an email, yes, that is what happened. Google informed me that my name was used in an article. Thus, I checked it out. What did I discover? CNN.com posted an article from an interview I did in 2013. Reddit.com, RockdaleNewtonCitizen.com to just name a few . . . are re-posting my words from that interview, as though they are my words of the now. ...

No acknowledgement of the wreckage her public misinformation may have caused, or people she may have harmed. Did she ever present testimony in court that she now considers mistaken? Oh, and she still has the offending 2013 article linked from her website.

Never mind. As more people come to understand polyamory and other forms of ethical non-monogamy; as the kids of polyfamilies turn out fine; and as people increasingly learn that some respected friend or relative has been poly all along, the opposition is gradually falling apart.

BTW: No one is saying polyamory or open relationships are right for everyone. Many people, perhaps most, will probably always want and need a relationship to be monogamous at least for a long stretch of their life.

Instead, the message of the poly movement has always been relationship choice: that you should examine your own wants, needs, hopes and dreams, decide what relationship structure is right or at least acceptable for you, and only pursue serious partners who have hopes, dreams, and requirements to match. Part of this is that all parties should muster the character to be honest with themselves and each other, and to honor whatever agreements they make — unless the agreements are mutually renegotiated freely from a basis of equality, or until the relationship ends.