Today is Polyamory Day. Share it! And why November 23, you ask?

Ambitious folks are building on the successes of the last several years to get this meme spreading, to further polyamory visibility and community.
Here's the Facebook post to share it from. It's best to share from there because, creator Steve Ks says, a thing shared from several different origins won't trend like something shared from a single origin.
Under the graphic is this:

If you agree that people who are polyamorous are entitled to the same rights, privileges, and governmental accommodation that others have, please circulate this image to others on your blogs, in email, and on social media such as Facebook, Twitter, and Instagram.

Polyamory is the practice, desire, or acceptance of having more than one intimate loving relationship at a time with the knowledge and consent of everyone involved.

Thank you from activists on the Polyamory Leadership Network!

The backstory:
For years people floated ideas for an appropriate Polyamory Day, but nothing happened. Then in 2017 the Canadian Polyamory Advocacy Association (CPAA) took the initiative by declaring, with a press release, that November 23 would be National Polyamory Day in Canada. In 2018 they repeated the announcement for not just Canada but worldwide, and the idea spread. It spread further in 2019, with a graphic and text also offered in French, Spanish, Portuguese, German, Dutch, and Italian. This year Steve Ks in Canada took the initiative and is publicizing this year's graphic through the Polyamory Leadership Network page. (I helped.) 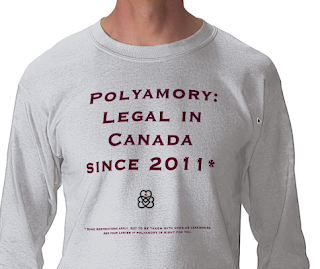 Why November 23? Well, it had to be some date. This is the day when, in 2011, a British Columbia Supreme Court judge ruled that Canada's anti-polygamy law does not apply to modern polyamorists, if they do not try to make a group bond pass as a formally sanctioned marriage (polygamy). Previously, according to the law, three or more people simply living in one dwelling "conjugally" could be sentenced to five years in prison, although no prosecution had been brought for many decades.

But now that's fading into history, while the day is becoming a thing worldwide. Let's make this go!

BTW, below is a list of other more-or-less settled recognition days that are poly related (image link for sharing). 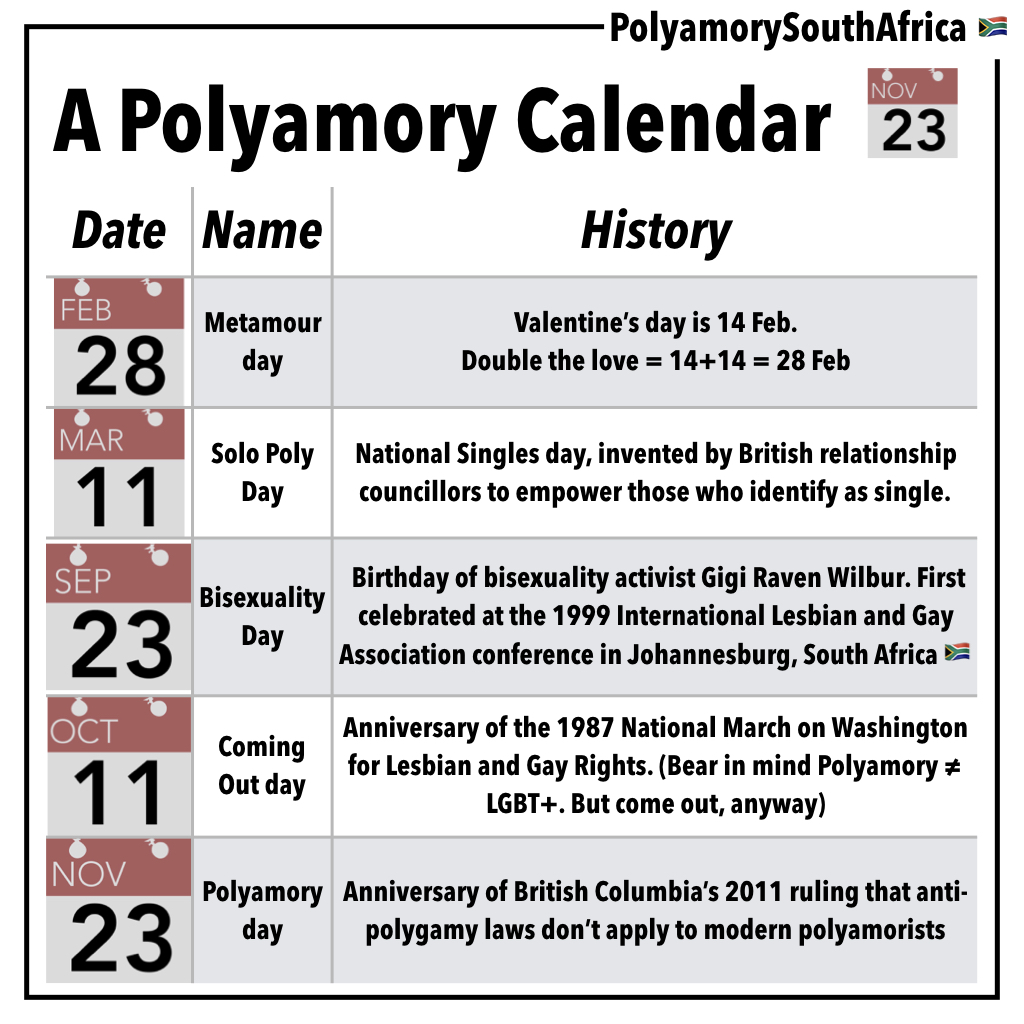