On NPR, "The New Sexual Revolution: Polyamory On The Rise"


It's been 10 years since Newsweek (then a major magazine) published a game-changing article calling polyamory "America's Next Romantic Revolution." Other media and commentators kept citing that article for years afterward. Now a headline like that passes without surprise. 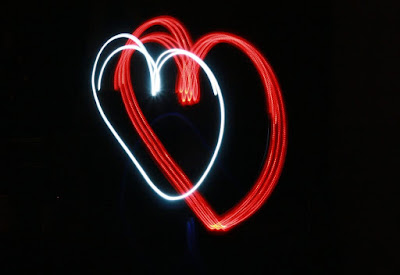 Many National Public Radio stations aired an excellent 35-minute discussion of polyamory this week titled The New Sexual Revolution: Polyamory On The Rise. It was produced by WAMU for its talk show "1A" (think "First Amendment"), which is syndicated to other NPR stations; it replaced the immensely popular Diane Rehm show after she retired two years ago. Thanks to friends who were listening on Monday and told me about the topic.

The show's first half features Janet Hardy (co-author of The Ethical Slut) and sociologist Dr. Eli Sheff (The Polyamorists Next Door) talking with host Joshua Johnson. Halfway through they're joined by Ron Young, founder of Black & Poly ("Love. Family. Community."), and Crystal Farmer, editor of Black & Poly's website and online magazine. The host is intelligent and interested, and the guests were well chosen for insight and experience.

And here's a shout-out to those who sent the texts and emails about their poly lives that Johnson read on the air.

It's is 35 minutes long. You can listen here:

From the show's webpage:

The New Sexual Revolution: Polyamory On The Rise

...For many people, “partner” need not be a singular idea. Polyamory, or ethical non-monogamy, “can involve any number of people, either cohabiting or not, sometimes all having sex with each other, and sometimes just in couples within the larger group,” The Atlantic reports.

And it might be more common than you think.

What research there is suggests otherwise: a survey of some 8,700 US single adults in 2017 found that more than one in five engaged in consensual non-monogamy at some point in their lives, while in a 2014 survey 4%-5% of Americans reported currently being polyamorous.

Here’s what one poly woman told The Chicago Tribune:

“Polyamory isn’t for everybody and that’s OK,” said Topaz Steele, a Chicago native who has identified as poly for about 10 years. “I’m not here to say that everyone should try to be nonmonogamous or that everyone is capable of loving people in this way. I do know that being polyamorous works for me and my lifestyle and I wouldn’t push anyone to do it just because.”

Steele spent last Valentine’s Day out on a date with her two boyfriends. While out, the trio grabbed a bite to eat and spent time discussing their favorite videos games and anime shows. Throughout the date, she casually made a point to hold both of her boyfriends’ hands, either separately or at the same time. She said she couldn’t care less what people think of seeing the three of them out together on a date.

We’re breaking down how ethical non-monogamy works and the stigma some associate with having multiple partners.

● Also, on NPR's website two years ago: text article A Cultural Moment for Polyamory by Barbara J. King (March 23, 2017). That too came from WAMU.