About that "Girl Code" poly twitter fight in the news


A celebrity poly breakup is trending in the celebrity news. Here's a summary, with the incisive poly-aware perspective that it needs, in the UK's The Independent. 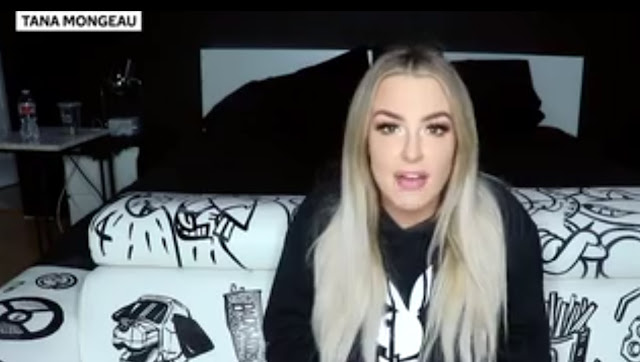 You may have thought that when one is in a polyamorous, bisexual relationship which began on Twitter and has since been followed by millions on Instagram Stories and YouTube vlogs, all conventions would fly out of the window.

But it seems that even among the most unorthodox of relationships, pointless traditional norms persist. In a tweet yesterday, actor, writer and influencer Bella Thorne told her followers that she was “no longer good” with her ex-girlfriend, YouTuber Tana Mongeau, after she “broke girl code”. This is presumably a reference to Mongeau being photographed leaving a restaurant with rapper Mod Sun – who was also in a relationship with Thorne until earlier this year.

Thorne did not call out Mod Sun for having dinner with her ex – she came straight for the woman, invoking archaic ideas around gender and loyalty. For someone who presents so progressive, who vocally challenges presumptions and stereotypes ... Thorne’s tweet (which has since gone viral) seems counterproductive and unhelpful.

The dynamics of the relationship are important here – people are referring to the three as a thruple, but according to what all parties have discussed, this seems inaccurate. Thorne was in what appears to be a primary open relationship with Mod Sun, while simultaneously dating Mongeau. The three of them were not – as some have inaccurately stated – in a three-way relationship. Mongeau and Mod Sun are not exes; from what we know they are simply two people who have an ex in common. So the differences in the ways they are both publicly treated by Thorne matters. ...

...By using the phrase “girl code”, a gendered term which evokes images of female friends braiding each other’s hair while talking about boys, Thorne has inadvertently validated the attitude that her relationship with Mongeau cannot compare to the inherent legitimacy of the one she had with a man, who was no where to be found on her Twitter timeline.

There is a persistent narrative that women's moral value is attached to the way they act in relation to men. ...

The idea that they are still adhering to the absurd concept of “girl code”, which blames women for their involvement in a male-female interaction while implying men’s actions are beyond reprehension, should be worrying to anyone who cares about challenging these perceptions.

...Young women are starved for cultural icons who proudly renounce expectations that society continues to force upon us. We need more people like Thorne and Mongeau who don’t feel the need to clearly define their sexuality – this freedom is crucial in advancing LGBT+ (emphasis on the “plus”) rights. Neither do they seem shackled by the oppressive nature of traditional relationships. Polyamory is certainly not for everyone, but the acceptance of it as a legitimate romantic structure is crucial for women’s rights, which remain subjugated by our reverence for heteronormative marriages, “nuclear families” and other persistent patriarchal constructs.

Thorne may well be frustrated at Mongeau’s actions and she is within her rights to say so, but I cannot help but be disappointed in her choice of words, which has to some extent undone her reputation – at least in my mind – as a true pioneer of progressive feminism.

This public spat about a non-existent “girl code” puts further undue pressure on women to act based on outdated notions of femininity. Let's hope it does not denigrate the importance of Thorne and Mongeau’s matter-of-fact, transparent attitude towards their own sexualities, which should be looked back upon as a pivotal moment for social change when it comes to young women in the public eye.

Isn't this girl code really about this notion that a woman owns her man even when she breaks up with him and that another woman friend shouldn't date her ex? As a poly, I reject this ownership concept and telling others they are being disloyal by who they choose to relate to.