Welcome to Friday Polynews Roundup for June 26, 2020. Not a very busy week this time. Here you go.
●  Metro UK is Great Britain's largest-circulation newspaper, with 1.3 million print copies distributed daily on public transit and elsewhere. It has become rather obsessed with polyamory stories in the last few years, no doubt responding to reader attention.
On Wednesday it presented a tale of three gay guys who formed a poly household under quarantine pressure: I went into lockdown with my new boyfriends and we’re thriving (June 24) 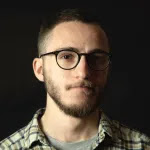 My friend Astrid called.... She asked, ‘Have you met someone yet?’ When I replied no, it was both truthful and a white lie. I hadn’t just met one man, but two – and all three of us are now happily living the polyamorous life together in lockdown.

...In winter last year, I met Adam through a gay app. ...  We realised we got on like a house on fire. That’s when Adam introduced me to Steve, his boyfriend and suggested that if we got on well too, they could transition from an open relationship to a three-person relationship that included me.
None of us had ever tried polyamory before, but with open minds, we wanted to explore if it could work. It did: I’d go over to their place on the weekends, and they’d come to mine in the middle of the week. We even went to Lisbon for a long weekend after Christmas. And it all felt easier and far more natural than any of us had anticipated.
Four months later, countries began going into lockdown and it looked like the UK would follow suit. Despite being fiercely independent (read: I lived by myself) and an introvert who needs as much time alone as with others, I discussed staying with Adam and Steve – who already lived together – for its duration. Although I was initially worried I’d be a nightmare to live with, as I’d gotten used to being on my own, what caused more distress was the possibility of not seeing Adam and Steve....
So I grabbed my essential items, locked the door behind me, and went.

...What’s surprised me most, as somebody who had previously only practiced monogamy, is the utter absence of jealousy. Open displays of affection between Adam and I, or Adam and Steve (and so on), aren’t met with a withering glance from the other person as if to say: ‘Why aren’t I involved?’ Acts of displaying love are encouraged — as they should be. (And, yes, the same sentiment applies to sex: It happens as-and-when, with any one of us, and without a scoreboard being kept.)
...Polyamory has its positives when it comes to the more mundane parts of life, like household chores. In my previous monogamous relationships, there was always a tit-for-tat game of ‘I cleaned the bathroom so it’s your turn to do the kitchen!’ What makes it much simpler as a throuple, I guess, is that our domestic activities don’t rely on two people equally pulling their weight, but rather three.
...It’s been like a Big Brother-esque experiment to see if three gay men’s relationship could thrive during a pandemic. And it has. The occurrence of Covid-19 and the subsequent lockdown has provided many of us with the chance to re-evaluate our lives and reflect. ... Now we know we live well together, there’s the strong possibility that living under one roof will continue long after the pandemic.

●   From the opposite side of the world, on the MTV Australia site, a genderqueer poly person tells an opposite story: How Coronogamy (Coronavirus-Induced Monogamy) Has Changed My Sex Life (June 24)

By Jinghua Qian
I’ve been polyamorous for nearly 20 years. Non-monogamy is all I’ve known, and normally I don’t like to define things in a hierarchy, with a primary partner and secondary partners. To me, part of the point of having open relationships is that you leave the paddock unfenced. Things go how they go.
But I live with my girlfriend and no one else, so once the lockdown started in Victoria, we found ourselves in social isolation together. At first, I found it confronting to be thrust into what felt like forced monogamy. 'Coronogamy,' I called it – coronavirus-induced monogamy.
...This felt different and inorganic. Though ultimately, we decided ourselves that we wouldn’t see other people for a bit, I resented feeling like the state had steered me into precisely the kind of relationship hierarchy I’d spent so long trying to avoid.
There’s a lot of advice out there for people who are ‘opening up’ their relationship – not so much, it seems, for what to do if you’re ‘closing down’.
...As a queer person of colour who relies on a lot of different people for care and support, I winced at how government responses reinforced the nuclear family as the primary organising unit of society. It made me think of that poster by Deborah Kelly and Tina Fiveash that shows a white family eating sandwiches: ‘Hey hetero, when they say family, they mean you!’ Very quickly, we saw how lockdown laws targeted communities that are already overpoliced while wealthy neighbourhoods received few fines. ...
...While time was disintegrating, space was also warped. Everywhere outside my flat seemed more or less equidistant, so I took that as a sign that I should put more effort into my neglected transnational friendships. ... As a genderfluid person, I relished how cybersex let me build my body in words, and I discovered that the lockdown could be weaponised in all sorts of fun and kinky scenarios. It’s a good time for anyone who gets off on withholding.
But quarantine can also trigger its own special brand of dissociation and dysphoria. When everything is unreal and endlessly deferred, it’s all too easy to ghost on yourself. Some days I seem to just disappear. ...

●  Buried down in my long post last week was an aside linking to resources for building a responsible poly bubble. Especially if you might share or advise about that to a group. From Steve Ks in Vancouver,

Nienke E. van Houten, a B.Sc. in Microbiology and Molecular Biology, is a scientist who has studied vaccine design. She's new to poly, but coincidently had organized an info session for the Vanpoly group about polyamory and COVID-19, with behavioral epidemiologist Dr. Kiffer Card, called "Building a Bubble While Poly". Here is the publicly available information from that seminar that may be useful to others in the polyamorous community.

...“Colomo has a very intelligent take on the transformations of Spanish society and knows how to sharpen its contradictions,” said Latido Films CEO Antonio Saura.

...[Producer Álvaro] Longoria added: “Polyamory is a reality that affects societies around the world, but in this case it’s told from Spain, a country full of taboos and once highly religious.” ...

That's Polynews Roundup for now. See you next week. Be safe, dear friends.